The La Jolla Playhouse gala will feature entertainment by stage and screen actor Peter Gallagher. He currently stars in the USA Network series “Covert Affairs.” The evening of March 9 is set to begin with a reception in the S. Mark Taber Plaza and Sheila and Hughes Potiker 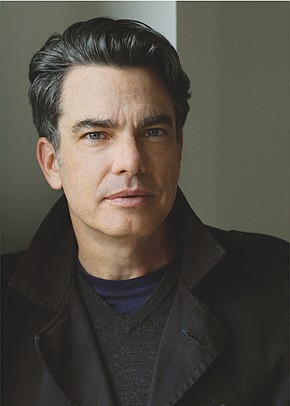 Theatre lobby at the playhouse followed by dinner and the performance by Gallagher in the Potiker Theatre. Qualcomm is the lead sponsor of the gala. Proceeds will benefit New Play Development and Education and Outreach programs … San Diego Gas & Electric has awarded the Urban Corps of San Diego County an environmental Champions Grant for $25,000 to benefit the GreenBuild program. The funding will provide for the establishment of a Mobile Green Building Learning Center … The 7th annual HP Chip-in-for-Kids golf tournament raised $100,000 for the Boys & Girls Clubs of San Dieguito. The tournament took place on the North Course of Torrey Pines Golf Course while golf pros played their final round on the South Course during the Farmers Insurance Open PGA tournament. The Century Club of San Diego partnered with the Boys & Girls Clubs to make the event successful. Sponsors included Hewlett Packard, Grant, Hinkle & Jacobs, LBA Realty, Wells Fargo, Sharp Electronics and Coldwell Banker Residential Brokerage … The Women’s Auxiliary of Seacrest Village Retirement Communities honored Lisa and Gary Levine at a gala “MAGICAL Moments” at the Estancia La Jolla Hotel & Spa. The Levines were recognized for their long-standing commitment and dedication to the organization. They have supported the organization through a variety of auxiliary events as well as all major capital campaigns … Miko Peled and Nader Elbanna received the 2012 Peacemaker Award from the San Diego Downtown Breakfast Rotary Club. The award is given annually to San Diego community leaders who have made a significant difference in promoting tolerance, understanding, conflict resolution and peace in the region and beyond … San Diego Opera honored Audrey Geisel at its 2012 gala. The evening began with a reception at the US Grant Hotel followed by the opera at the Civic Center. The Fund-a-Need brought in $200,000, which will be matched by a gift from the Maxwell H. Gluck Foundation. All donations were made to the opera’s education program. There are 8,000 students on the waiting list who are unable to attend the opera’s education programs due to lack of funding … EDCO waste management is the platinum sponsor of the 20th Annual Celebrity Golf Classic set for March 18-19 at Morgan Run Golf Club. Fresh Start Surgical Gifts will receive a $15,000 gift; silver sponsors Dowling & Yahnke, Marine Air Heating and Air Conditioning provided $7,500 each. The bronze sponsors, Davlyn Investments; Godes & Preis; Moore, Schulman & Moore; and The Doctors Company Insurance Services each provided $5,000. All funds go toward the Surgery Weekend program which provides free reconstructive surgery for disadvantaged children with physical deformities … Gerald Ball was named 2011 Youth of the Year by the Boys & Girls Clubs of Carlsbad. Ball is a junior at Carlsbad High School and was recognized for superior leadership skills, academic achievement and outstanding service to the community. He was awarded a $1,000 educational scholarship courtesy of the Blackburn Foundation and Ted Vallas. Keli Moriarty-Alkire, first runner up, Marina Rodriguez and Mara Waynick, finalists, also received scholarships.