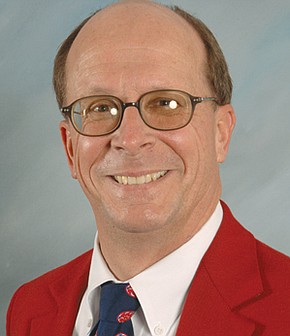 No. of employees: Nine.

What the organization does: The mission of the Bowl Game Association is to generate tourism, exposure, economic benefit and civic pride for San Diego and its residents by presenting the nation’s most exciting and entertaining bowl games and Festival of Events.

Bruce Binkowski was hired as the first employee of the San Diego Bowl Game Association in 1978 and has served as its executive director since 2001. A graduate of the University of San Diego, Binkowski was known for many years as the “Voice of San Diego.”

Best way to keep a competitive edge: Constantly look to improve on past successes.

Yardsticks of success: Annually having the bowl games provide an economic benefit to the San Diego region.

Goals yet to be achieved: While we have had many successful years with both bowl games and our year-round Festival of Events, the goal is always to make them bigger and better.

Best professional decision: Working with staff and volunteers to create a second bowl game (the Poinsettia Bowl in 2005).

Toughest professional decision: While it was the best decision I ever made — at the time it was difficult — walking away from my side career as a public address announcer and radio sportscaster when I was named executive director of the San Diego Bowl Game Association.

Biggest missed opportunity: Turning down an opportunity out of college to travel the world as a publicity man for the Harlem Globetrotters.

Mentor: Bob Breitbard — he built the Sports Arena and brought professional basketball and hockey to San Diego. He hired me to work for the NBA San Diego Rockets, the Western Hockey League San Diego Gulls in the 1970s — and was instrumental in my hire by the Holiday Bowl in 1978. He was my biggest booster and we were friends for over 40 years.

Word that describes you: Loyal.

What you like best about your job: Negotiating contracts and maintaining relationships with our bowl partners.

What you like least about your job: Long meetings that don’t accomplish anything.

Person most interested in meeting: The late Ty Cobb, a baseball Hall of Famer.

First choice for a new career: Traveling the world as a roadie with my favorite rock ’n’ roll band — the Moody Blues.

Most influential book: “The Glory of Their Times,” by Lawrence Ritter.

Favorite place for business meetings: My office at Qualcomm Stadium.