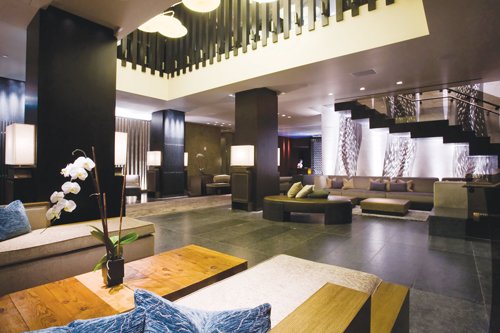 A lobby redesign was part of the makeover of the recently relaunched Hotel Palomar San Diego, formerly known as Se San Diego and now owned by Kimpton Hotels.

No. of local employees: Approximately 250.

San Francisco-based Kimpton Hotel & Restaurant Group LLC has followed up on its $49 million purchase of the former Se San Diego hotel by renaming it Hotel Palomar San Diego, updating its interior designs and rebooting its in-house restaurant, among other changes...