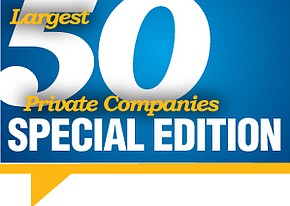 Gafcon Inc., a San Diego-based construction management and consulting firm, and sister company SharePoint360 announced the launch of “Building Futures,” a new community involvement and philanthropic initiative focused on youth education and development. Gafcon will celebrate its 25th anniversary in 2012 and is collaborating with SharePoint360 to contribute $100,000 in donations and volunteer hours to the efforts to help youth … Kathleen Sellick, president and CEO of Rady Children’s Hospital-San Diego was named San Diego Magazine’s Woman of the Year at the 6th annual Women Who Move the City event at Scripps Seaside Forum on Sept. 14. Sellick manages the hospital’s relationships with major health systems and education institutions, and she oversaw the restructuring of the medical group in partnership with UC San Diego School of Medicine. A Lifetime Achievement Award was presented to UC San Diego Chancellor Marye Anne Fox. Fox has been chancellor of UCSD for seven years, and is the first permanent female chancellor to lead the university. Fox is a renowned chemist who received the National Medal of Science from President Barack Obama. The presenting sponsor for the event was Wells Fargo … The Circle of Life 100 and Scripps Memorial Hospital Encinitas held the 3rd Annual Wine Women & Shoes event Sept. 8 in Rancho Santa Fe. In spite of the countywide power outage, the event was held as scheduled beginning at 3 p.m. The $200,000 raised will help purchase digital breast tomosynthesis software, the most advanced digital mammography technology available. The net amount included a matching grant from the Harriet E. Pfleger Foundation to purchase a tomosynthesis. Procopio, Cory, Hargreaves & Savitch was the underwriter for the event … Junior Achievement of San Diego & Imperial Counties announced this year’s laureates to be inducted into the Business Hall of Fame at a dinner to be held at the Hotel del Coronado on Nov. 4. The winners were chosen based on their entrepreneurial achievement, strategic leadership, contributions to community and business and industry development. Those being recognized are Michael and Barbara Morton, founders of Brigantine Family of Restaurants; David Hale, chairman and CEO of Hale BioPharma Ventures, a private company located in Encinitas; and Patrick Hyndman, a founding board member of California Bank & Trust … Meals-on-Wheels Greater San Diego received a $50,000 Building the Future Vision Grant awarded by the Walmart Foundation. The funds will be used to create a new menu model: “Embracing the Senior Palate.” A menu model will be created that can be replicated by other Meals-on-Wheels agencies across the nation. The menu will enhance the quality and variety of food options to meet the future needs of the ethnically diverse senior population … The San Diego Sports Medicine Foundation celebrated its 10th anniversary Taste at the Cove on Aug. 31 at La Jolla Cove. Viejas and Wells Fargo were title sponsors and Cymer was the presenting sponsor. The event raised $250,000 which is used to provide a medical safety net for injured youth with limited financial means in order to return them to health and put them back on the playing field. The community legend honoree was former San Diego Padres relief pitcher Trevor Hoffman … Summer Sol 2011 Young Audiences presented its Arts Education Leadership Award to Ron and Reina Bolles for their work with students in the South Bay school districts. Young Audiences memorialized the late Ginger Wallace who co-founded the Museum of Man’s Klee Wyk Society and supported the arts. The event was held Aug. 17 at the Joe and Vi Jacobs Center and raised $27,000 for arts education programs … I Love a Clean San Diego and San Diego Coastkeeper were coordinators for Coastal Cleanup Day on Sept. 17. Over 10,000 volunteers visited 90 coastal and inland cleanup sites for a one-day attack on marine debris and inland pollution. Coastal Cleanup Day is a hands-on educational event that connects residents to their neighborhood … Indus Technology, an employee-owned company, is set to host its 3rd annual charity golf tournament Oct. 21 at the Admiral Baker Golf Course. All of the proceeds will go to the Susan G. Komen for the Cure. Indus is particularly connected with the Susan G. Komen effort since one of its co-founders Dr. Kathy Sridhar lost her battle with breast cancer seven years ago.