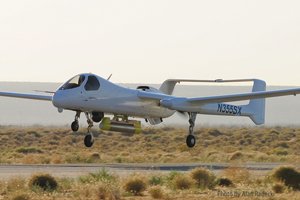 Northrop Grumman Corp.’s Firebird is able to operate with or without a pilot. The spy plane’s focus is intelligence, surveillance and reconnaissance. However, it can also carry weapons.

No. of local employees: Several thousand. Northrop had 4,800 local employees prior to March, when it spun off its ship repair and shipbuilding business as Huntington Ingalls Industries Inc.

What makes the company innovative: Its new Firebird aircraft has two innovations. It can operate with or without a pilot. Also, a new, “plug and play” open architecture supports its data-collecting electronics.

Flexibility is the watchword for Northrop Grumman Corp...