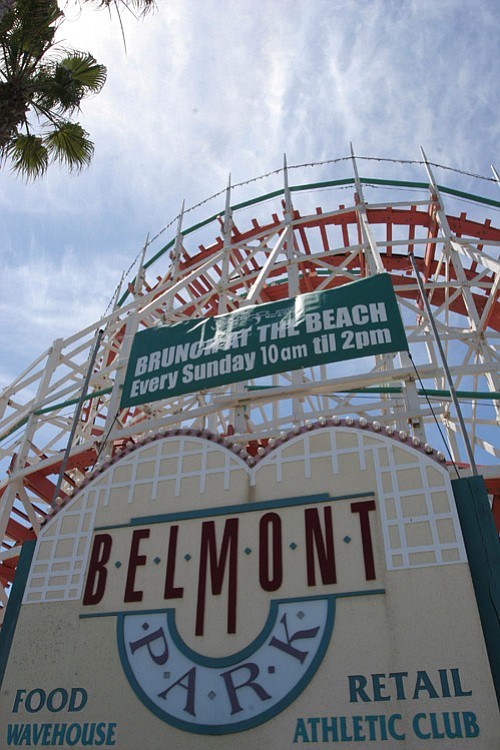 Wave House Belmont Park remains a tenant, but, after a bankruptcy court ruling, is no longer the master developer at the city-owned Mission Beach property.

The County of San Diego Operations Center under construction in Kearny Mesa has received a trio of honors — the “Outstanding Governmental Building of the Year” by the California Center for Sustainable Energy, the “2011 Energy Champion for New Construction” by San Diego Gas & Electric Co. and Leadership in Energy and Environmental Design Gold certification by the U.S. Green Building Council.

According to Dan Stewart, RJC Architects’ project manager, the first phase of this massive project, consisting of two, 150,000-square-foot, four-story office buildings and a parking structure, is now complete, and was recently awarded the troika of accolades.

“Outdoor spaces are defined by the buildings as outdoor rooms, with buildings laid out to provide shade,” Stewart said.

Phase 1B of the $531 million project — consisting of two administrative buildings totaling 300,000 square feet and a 20,000-square-foot conference center — is slated for completion in October 2012. According to Stewart, the conference center is designed to be Leadership in Energy and Environmental Design Platinum, the highest rating given by the U.S. Green Building Council.

“This will be one of the few buildings in San Diego designated Platinum,” Stewart said. “Buildings that attain this rigorous level are among the greenest in the world.”

With an eye on the future, RJC designed the entire six-building, 920,000-square-foot facility to be functional, sustainable and timeless.

“The center’s existing buildings have been there for almost 50 years,” said Stewart. “We’ve designed the new ones to be here for at least that long.”

The completed project will be the gateway building for the northern entrance of the campus. The Student Union, which will be the “heartbeat” of the campus, will have 89,000 square feet of student life spaces including a central “living room” for the entire campus.

KMA Architecture & Engineering recently announced that construction is more than 50 percent complete for new U.S. Border Patrol administration offices at the San Clemente checkpoint off the Interstate 5. KMA was retained by The Ross Group for the design-build project, which is expected to be complete in late fall.

The 14,000-square-foot, one-story facility is being constructed on a hillside, which required extensive excavation as well as the construction of retaining walls to provide a flat area for the building.

“It has been exciting to witness the unique building take its shape, as the colored cladding panels and dramatic roof geometries from our designs come together,” said Don Blair, president of KMA Architecture & Engineering. “As we watch construction progress, I think that the design team has successfully created a building of which the Border Patrol and the general public can be proud.”

Construction began in October 2010 on the 4,700-square-foot tenant improvement project.