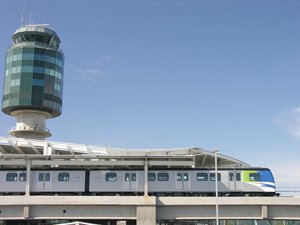 The transit authority of Vancouver, British Columbia, has awarded Cubic a $220 million contract.

The contract is the third largest in the history of Cubic’s Transportation Systems unit, surpassed only by those for the transit agencies of London and Sydney, Australia.

Cubic said the new system, to be delivered by 2013 and accompanied by a 10-year maintenance contract, is built on its Nextfare technology that gives transit operators better reliability, revenue recovery, and business data for planning transit services.

The contract follows Cubic’s nearly 15 years of service to Vancouver’s regional transit systems through contract wins in 1997 and 2001, in which it designed and delivered a magnetics-based fare system for the city’s buses, ferries and trains. In 2009, Cubic delivered a fare collection system for the Canada Line 15 weeks ahead of schedule and well in advance of the 2010 Winter Olympics, the company said.

The Vancouver contract initially attracted 10 companies. The bidders were then narrowed to three and Cubic came out on top.