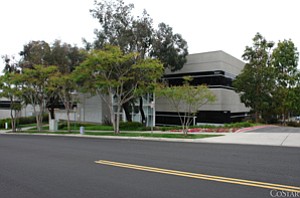 Locally based BioMed Realty Trust recently purchased this Torrey Pines building for $24.9 million. BioMed and two other firms now own among them more than one-third of San Diego County’s life sciences properties.

Despite muted expectations for buying and selling activity in 2011, San Diego County’s office, retail and multifamily housing markets all rank among the nation’s top 10 for investment opportunities this year, according to real estate services firm Grubb & Ellis Co.

The company’s recently released forecast notes that the local commercial real estate market continued to work through high jobless rates and a dearth of consumer spending during 2010. But in 2011, the office and multifamily investment property (primarily apartment) sectors are expected to improve, while industrial and retail real estate will stabilize.

Job growth is the key to jolting what has been a sluggish recovery from the Great Recession.

“San Diego is somewhat in a wait-and-hold period, in that we don’t expect commercial real estate to deteriorate further, but we don’t necessarily have the growth in employment and consumer spending we need to see a sustained recovery,” said Jim Munson, executive vice president and managing director of Grubb & Ellis’ San Diego office.

Based on factors including supply, demand and economic growth prospects, the company ranks San Diego as the nation’s sixth strongest investment market for office properties (New York City ranked first); the ninth-best for multifamily housing (New York first again); and the sixth-best for retail (Washington, D.C., is No. 1).

The local industrial property market did not make the firm’s Top 10 list, headed by Houston.

Big Biotech Property Players Get Bigger: Cushman & Wakefield Inc. put out a report at the end of 2010’s third quarter, noting that the “Big Three” owned a total of more than 33 percent of San Diego’s life sciences laboratory buildings.

In September and October, locally based BioMed closed on more than $130 million in purchases encompassing 14 life sciences buildings on five acquired properties, totaling 405,000 square feet in San Diego’s UTC, Sorrento Valley and Torrey Pines submarkets. One UTC building, home to Bristol-Myers Squibb and Amylin Pharmaceuticals among others, by itself spans more than 125,000 square feet.

BioMed then started out the year by announcing, on Jan. 5, that it had bought a 48,300-square-foot research facility, at 3525 John Hopkins Court in the Torrey Pines submarket, for approximately $24.9 million.

Troubled Hotel May Be Sold: Operators of the struggling Se San Diego hotel, who filed for Chapter 11 bankruptcy protection last June, are now looking to sell the downtown property.

According to bankruptcy court filings, a Feb. 15 hearing has been scheduled to consider an application by Fifth Avenue Partners LLC to employ the brokerage firm CB Richard Ellis, to assist the owner with a sale. The upscale, 184-room hotel, which debuted in December 2008 at 1047 Fifth Ave., remains open for business.

Operators last March received a notice of default from Germany-based lender WestLB AG, which is owed more than $70 million on a construction loan. A group of creditors recently filed an objection to the sale proposal, saying a sale should take place only as part of a final court-approved bankruptcy reorganization plan.

The company paid $967,500 for a 5,480-square-foot office condominium in the 32-story tower, according to a Jan. 6 statement from brokerage firm Cushman & Wakefield, which represented the seller, CW San Diego Towers Sapphire LLC. Socione plans to move into the space in the spring.