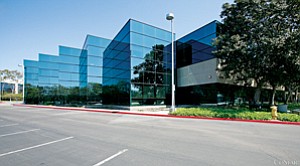 Researchers are reporting signs of real, quantifiable optimism — at least for the coming three years — about California’s office and industrial real estate markets, including the San Diego County scene.

The market is not on the cusp of a pre-recessionlike boom in building or buying. But the frequently-cited UCLA Anderson Forecast, which periodically surveys commercial real estate investors around the state, says rising optimism is evidence of a turning point in commercial markets by 2013.

“After 18 months of pessimism about office and industrial markets, we have now seen six months of optimism,” said Senior Economist Jerry Nickelsburg, in a Feb. 3 statement by the economic forecasting arm of UCLA’s Anderson School of Management.

The investor survey was initiated in 2006 by the Los Angeles-based law firm Allen Matkins Leck Gamble Mallory & Natsis LLP, which has offices in San Diego and Del Mar Heights. The firm continues to conduct the survey, covering seven California regions, with UCLA researchers, polling respondents on whether the investment climate is improving or weakening.

Based on its latest survey taken in November and December, researchers said investor optimism in Los Angeles and San Diego counties is at its highest level since June 2007, indicating confidence regarding rental and occupancy rates. This suggests, researchers concluded, “that something closer to 12 percent rather than 20 percent vacancy rates is in the not too distant future.”

Anderson forecasters have also projected that by the middle of 2011, demand for office space in those two counties should begin to turn around as employment rises, and excess space currently on the market should be absorbed through 2012.

Commercial brokerage firms have also recently published local data for 2010, pointing to gradually declining vacancy rates in the office and industrial sectors as new construction remains at a near standstill.

Some locally based property investment firms have already ramped up acquisitions based in part on a sense of improving market conditions. For instance, San Diego-based Westcore Properties, which owns industrial and office buildings, recently announced that its global acquisition volume quadrupled in 2010 — hitting $284.5 million, up from $71.2 million in 2009. Five of 10 completed deals in the past year were in California.

“We continue to seek new value-add opportunities that we can position for strong future upside and that fill a niche in each market,” said President and Chief Executive Officer Don Ankeny. “There is tremendous opportunity in the market today.”

Housing Development on Track: In another sign that the county’s long dormant home-building scene is waking up, North Carolina-based Mountain Real Estate Capital recently announced it has acquired the Fairbanks Country Villas, in the Torrey Highlands submarket near state Route 56, in a joint venture with locally based Davidson Communities LLC.

The deal closed in late January and involves 85 single-family residential lots on 92.7 acres south of Carmel Valley Road. According to CoStar Group data, the buyers paid $14.5 million for the property to a local investment group consisting of BMR Investors Ltd., Horshoe Investors Ltd. and Penasquitos West.

Last August, the two companies teamed up to acquire The Sentinels at Del Sur, another San Diego housing development located nearby in the Carmel Valley area.

In a statement, Mountain Real Estate senior director Tom Orradre said his company plans to make “many more” acquisitions with Davidson, which has been building homes in that area of San Diego for the past 30 years.

Over the past 12 months, Mountain Real Estate has formed over 15 partnerships across the U.S. with private homebuilders, acquired over 7,800 lots and committed over $155 million to the joint ventures.

Terms of the all-cash transaction were not disclosed by the buyer or seller, Campus Point Realty Corp. The buildings, sold on Feb. 3, are at 4110 and 4224 Campus Point Court.

They are the company’s third and fourth office building investments in the San Diego market since June. According to a statement, MIG has completed approximately $250 million in acquisitions during the past two years, throughout California, Arizona, Nevada, Colorado and Hawaii.

Construction Activity Sees Uptick in 2010: Local construction activity in 2010, measured in building permit valuations, managed to handily beat what was seen in 2009. But the industry is far from declaring the return of happy days.

Aided by a December surge in single-family housing starts and renovations, San Diego County saw residential building activity rise 10.8 in 2010 over the prior year, to more than $973.8 million in projects, according to the Construction Industry Research Board.

On the commercial side — including office, industrial and retail projects — the county saw activity rise 12.8 percent, to just over $659 million.