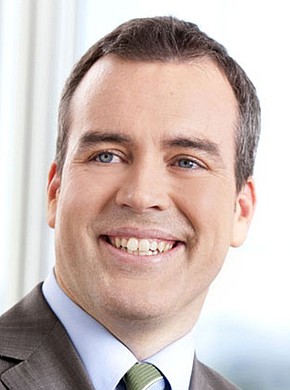 Debra Reed, the EDC’s chairman, said Cafferty emerged as the top candidate following a nationwide search. “Mark is the right leader to take this organization to the next level in a fast changing world,” Reed said in a news release.

Cafferty, who starts his new job Feb. 1, will head up an organization that has 13 employees and a budget of $3 million.

Cafferty joined the Workforce Partnership, a federally funded job training agency, in 2001 and became its chief operating officer in 2006. He was named the interim CEO in January 2008 and the permanent CEO in July of that year.

He has more than 18 years experience in job training and creation positions. Before taking the Workforce Partnership position, he was deputy director of the Boston Private Industry Council, a federally funded job training group.

A native of Boston, Cafferty has a bachelor’s degree in marketing and communications from Assumption College, and has advanced certifications in management from Harvard University and Stanford’s Graduate School of Business.

In July, the EDC announced that Wright’s successor would be Barry Broome, who headed the Greater Phoenix Economic Council. One day after the announcement and a news conference on his selection, Broome, 50, changed his mind and decided to stay at the Phoenix job. That set in motion a new CEO search, which just concluded.

Cafferty’s salary wasn’t provided, but Broome’s package was said to be more than his Phoenix job, reported as $366,000 in salary and bonuses in 2010. Wright, who headed up the EDC for 15 years, earned about $265,000 in her last year of service, according to the EDC.