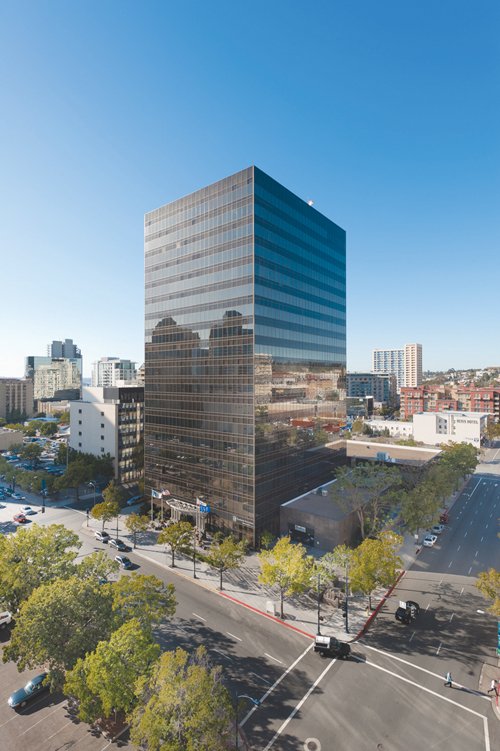 San Diego-based Sunroad Enterprises is the latest developer making plans to serve what is expected to be a burgeoning population of shoppers in South County and the Tijuana region.

Sunroad on Aug. 16 announced plans for a new 500,000-square foot retail center in Otay Mesa. Subject to city planning approvals, Sunroad Otay Plaza would be built on a 50-acre site at the intersection of state Routes 905 and 125. It could include several big-box retailers with spaces larger than 100,000 square feet.

Curt Stephenson, president of company division Sunroad Ventures Inc., said lease negotiations are under way but none have been finalized. Sunroad is looking to attract tenants along the lines of Costco Wholesale Corp., Target and home improvement chains Home Depot and Lowe’s.

Construction is expected to begin in fall 2012, with an opening tentatively planned for fall 2013. Tom Story, Sunroad Enterprises’ vice president of development, said the company has projected that the center when fully operational will generate approximately $2 million in annual sales tax revenue for the City of San Diego.

City officials are discussing an Otay Mesa community plan that would change the area’s image from a warehouse commercial district to add retail, consumer services and residential units.

Sunroad leaders note that the nearest current anchored retail centers are located several miles north in Eastlake or farther west on Palm Avenue. Story said the new plaza’s primary target market will be the Tijuana region’s population of more than 3.1 million people, citing studies indicating that 63 percent of people coming from Mexico cross the border to shop or run errands.

Sunroad’s project is located near another Otay Mesa shopping center being planned off state Route 125 by Florida-based Regency Centers and Transcan Development LLC of Alamo. A Regency official recently said the proposed California Crossings, a 325,000-square-foot center where Target is said to be a strong anchor contender, is in the process of completing entitlements, with a tentative 2013 construction start and 2014 completion.

New retail center construction has been at a virtual standstill countywide during the past five years, and the Sunroad project would be the largest venue built in South County since General Growth Properties Inc.’s Otay Ranch Town Center, with more than 700,000 square feet, opened in Chula Vista in 2006.

The buyer did not disclose the price when the acquisition was announced Aug. 18. According to real estate data firm CoStar Group, the price was $80 million and the deal closed July 1.

Forester bought the building, constructed in 1971 which was 91 percent leased at the time of the sale, from Cornerstone Real Estate Advisers in Santa Monica. The 325,977-square-foot high-rise last sold for $90.2 million in 2005.

According to the brokerage firm Cushman & Wakefield, which is handling marketing and leasing for the property, this is the first Class A high-rise to change hands in the downtown area since DiamondView Tower was sold in 2008.

“We were able to obtain financing and close this transaction within 24 days of going under contract,” said Greg Forester, founder and president of Forester Properties, who noted he will personally oversee all operations at the tower.

Earlier this year, Boston-based Beacon Capital made one of the largest local office acquisitions of 2011’s first half when it purchased Wateridge Plaza in Sorrento Mesa for $50.5 million. The seller in that transaction was GE Pension.