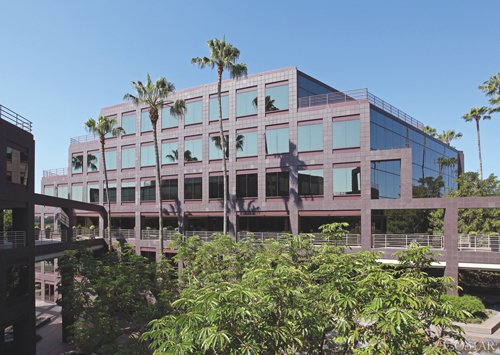 Among the largest office property transactions of 2011’s first half was the $50.5 million acquisition of Wateridge Plaza in Sorrento Mesa, by Boston-based Beacon Capital Partners.

“It’s been a very mixed bag of results so far this year,” said Bakke, a senior vice president in the brokerage firm’s San Diego office. “There are some submarkets that are doing very well, and others where you can see the effects of the economy and people’s psychology about where things are right now.”

Experts note that job gains in the region are gradually showing up in the form of increased office leasing and acquisition activity, with vacancy rates slowly declining, although they remain well above pre-recession levels.

John Turner, San Diego regional vice president of Irvine Co., which is among the county’s largest office landlords, said the general “flight to quality” seen among bargain-hunting tenants during the past year has helped the company fill spaces and bring down vacancy rates at its downtown and University Towne Center properties.

Discounting and other tenant incentives are still in place, Turner said, but are generally not accelerating in the market as they were a year ago. In the past few years, Irvine Co. has invested several million dollars in local energy-efficiency improvements, and also added amenities like fitness centers, restaurants and banks to its buildings to keep and attract tenants.

“Sometimes having those things is the deciding factor,” in choosing one location over another, he said.

Turner said the company had a “robust” pace of leasings and informal inquiries about space availabilities during July, an indication of rising business optimism, especially since the summer months are usually the industry’s slowest for such activity.

Jeff Saywitz, senior vice president of The Saywitz Co. in La Jolla, which represents office and industrial tenants, noted that while some business operators are holding off to see where the economy goes from here, others are pulling the trigger on moves and lease renewals in a climate that still heavily favors tenants.

“You don’t have as many companies out there now in that deer-in-the-headlights stall mode,” he said, comparing the scene to that of a year ago. Landlords are luring and keeping tenants with negotiated incentives like relocation and refurbishing allowances, and free rent ranging from six months to a year.

Absorption countywide remains slow as migrating companies’ former offices stay unfilled, and as some employers remain hesitant to add space, even if they are adding workers.

Cassidy Turley notes that Class A buildings — generally newer properties in the most desirable locations — recorded 326,250 square feet of positive net absorption in the second quarter, marking the eighth consecutive quarter of positive space-filling in that category. In the process of absorbing 1.7 million square feet of space during the last two years, the county’s Class A direct vacancy declined from 19.4 percent to 15.2 percent in the most recent quarter.

Much of the Class A progress has come at the expense of older Class B and C properties. Class B leasing activity has been in the red for six of the last eight quarters, and that category ended the second quarter with 82,340 square feet of vacant space added to the countywide market. In the past two years, the Class B vacancy rate rose from 18.6 to 19.9 percent, which Cassidy Turley noted was the highest documented rate since the late 1990s.

Rick Reeder, a San Diego area broker with Cassidy Turley BRE Commercial, said the region has not seen significant new office construction in four or five years, and little new product is in the pipeline.

While there are plenty of options for smaller tenants, Reeder noted there are now limited options for those seeking large blocks of space — 20,000 to 30,000 square feet. Those larger tenants could be the first to see rents increase as the economy improves, and there are already signs of lease rates ticking upward in prime markets such as Del Mar Heights.