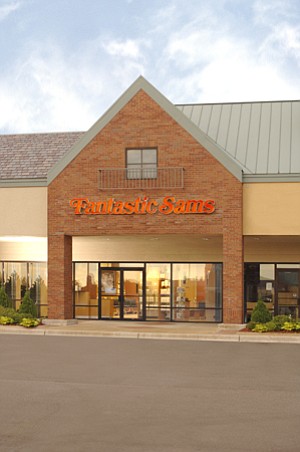 Boston-based Fantastic Sams is looking to more than double its presence in San Diego County, where it now operates 22 hair salons. Photo by Photo courtesy of Fantastic Sams

No. of local employees: Approximately 200.

Doug Nelson, president and regional director of FS Hawaii Inc., which franchises Fantastic Sams stores in Hawaii and San Diego County, said the company is looking to more than double its current 22 local stores in operation over the next few years — taking the total to as many as 50 — at a pace of about five new openings every two years.

The locally based, family-run firm, which has overseen Fantastic Sams’ San Diego franchise territory for the past nine years, has identified more than 20 locations around the county where it is in talks, many of them in the North County’s inland and coastal areas.

“Central San Diego is pretty much taken up at this point,” said Nelson, whose firm runs about a quarter of current local locations, with the remainder being sub-franchised to other operators.

A Hunger for Tenants

He said Fantastic Sams has been able to obtain new leases and negotiate renewals at several locations at rates well below what they would have been before the recession, a sign that retail center owners are continuing to compete fiercely for tenants.

Nelson said prior to the recession, his franchise company saw local year-over-year sales growth nearly every year, before witnessing a dip of around 3 percent at the height of the recession. Sales at most stores were flat for several months before rebounding around September.

The chain, where cuts average $18, is still benefiting from consumers trading down from $50 haircuts they were getting elsewhere before the recession, and others deciding against just saving money by doing things at home.

“We did have people coming into our stores saying, ‘Help, my mom cut my hair and messed it up. Can you fix it?” Nelson said.

Fantastic Sams, which has nearly 1,300 stores nationwide, competes in the San Diego market with large chains including Supercuts (40 local stores) and Great Clips Inc. (18 local stores), both with headquarters in Minnesota. Nelson noted that the big chains combined make up only about 5 percent of the San Diego County market, where most of the approximately 1,000 hair salons and barber shops are independently owned and operated.

Randee Stratton, a retail broker with Cassidy Turley BRE Commercial specializing in tenant representation, said retail leasing rates remain at least 20 to 25 percent below pre-recession levels at many local locations, which is encouraging franchise businesses to ramp up expansion efforts.

“They’re looking to grow now before the rents start to go up,” she said.

Making Do in 900 Square Feet

Stratton said a haircut chain location typically takes up just 900 to 1,200 square feet, giving them many vacant spots to choose from in most San Diego submarkets, although coastal markets “are all pretty tight right now.”

Among chains she has spoken with is Sport Clips, which is in the process of adding 50 Southern California locations in coming years, with a large portion targeted for San Diego County.

In addition to historically low rents, Stratton said franchise companies across several sectors are tapping into a trend that often follows recessions, as downsized workers seek to start their own businesses and become less dependent on corporations for their livelihood.

That’s being seen in the haircut business, and also with franchised restaurants and personal mailing services such as The UPS Store, she said. Workers are sometimes able to use severance packages to finance franchise startups, but otherwise must find a way to put up their own cash as bank financing remains scarce.

Nelson said his company is considering several potential franchisees to open Fantastic Sams stores, for which startup costs range from $150,000 to $200,000 per location.

The tight job market is also giving the haircutting chains an abundance of stylist hopefuls to choose from. Nelson said his six stores received about 500 applications over the past year, well above pre-recession volumes, as many candidates dusted off “dormant” stylist licenses to pursue full-time work.