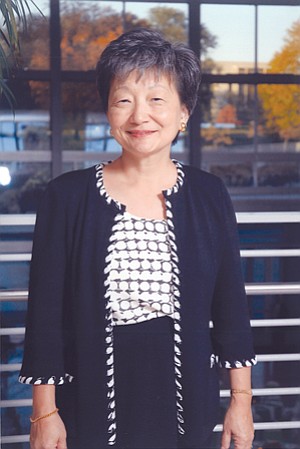 Connie Matsui, a retired executive vice president of Biogen Idec, volunteer and cancer survivor, was honored at the annual UC San Diego Moores Cancer Center Luau & Longboard Invitational. The event was held Aug. 22 at UCSD’s Scripps Institution of Oceanography. Matsui was presented the Rell Sunn “Queen of Makaha” Award, established in memory of Rell Sunn, a Hawaiian surfer and supporter of the Luau & Longboard Invitational, who lost her battle with breast cancer. Pfizer was the title sponsor and Genentech was the gold sponsor, raising $207,000 for a total of more than $4.7 million that has been raised for research at the Moores Cancer Center, the region’s only National Cancer Institute-designated comprehensive cancer center … Barrio Logan College Institute completed a matching grant from The Padilla Family Foundation. The grant of $100,000 expired Aug. 31 and BLCI raised another $118,000, bringing the total contribution to $218,000. The Padilla Family Foundation was formed with the purpose of ensuring that every child has equal access to higher education and has every opportunity to go to college. “Our pledge is an endorsement of all the work BLCI does, year in and out,” said Chris Padilla, trustee of the foundation and BLCI board member … The Chula Vista-based Marine Group Boat Works donated $30,000 in goods and services to the Chula Vista Nature Center. They provided new signage for the front entrance and pro bono services for the facility, including crane operators for cleanup operations and volunteers for programs. “We are pleased to share our resources with an organization that not only benefits the surrounding wildlife, but our entire community as well,” said Herb Engel, president of Marine Group Boat Works and board member of the Nature Center … The California Retirement Management Account, an organization that provides funds to rehabilitation centers that care for retired racehorses, held its third annual “Poker in Paradise” Texas Hold ’Em tournament at the Hilton San Diego/Del Mar. The event raised $70,000. Sponsors included Liberty Road Stables, Westside Rentals, Oak Tree Racing and the Hollywood Park racetrack … The Museum of Contemporary Art San Diego’s 34th annual Monte Carlo Gala is scheduled for Sept. 25 at the La Jolla location. Nordstrom is the Luxury Sponsor of Monte Carlo Does Bond and Qualcomm is the sponsor of the Q Lab, the after-dinner nightclub. The gala is the primary fundraiser for the museum and has raised $5 million for MCASD’s exhibitions and education programs … San Diego Padres’ first baseman Adrian Gonzalez and his wife, Betsy, presented the fifth annual celebrity dinner hosted by Acqua Al 2 on Sept. 5 to benefit The Adrian & Betsy Gonzalez Foundation. Proceeds go to the foundation to be used for college scholarships … The American Heart Association’s 2010 Start! San Diego Heart Walk was scheduled to be held Sept. 19. The event was nationally sponsored by Subway Restaurants, and Roel Construction and Union Bank were local sponsors. The event was presented by the UCSD Sulpizio Family Cardiovascular Center … The San Diego Hunger Coalition received a $25,000 grant in memory of Sol Price from a fund at The San Diego Foundation to be used for general operating expenses. SDHC also received a $4,700 grant from The Leichtag Family Foundation to be used for an operations audit.