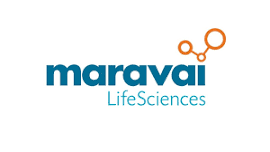 Earlier this month, three subsidiaries of Danaher Corporation, two of which previously employed Martin, filed a lawsuit against him and Maravai in the Delaware Court of Chancery alleging that Martin is in breach of a noncompetition agreement.

On Tuesday (Oct. 18), the Court issued a temporary restraining order against Martin prohibiting him from working for Maravai pending a preliminary injunction hearing that is expected to occur later this year.

“We have complete confidence in Trey and are appalled that Danaher would seek to leverage a noncompetition agreement to prevent Trey from advancing his career,” Hull, 64, said in a statement released Wednesday (Oct. 19).

“Public policy in California, where Trey is resident and Maravai has its headquarters, has recognized the unjust impact of similar contractual restrictions that are intended to limit the mobility of former employees,” Hull added. “We look forward to resolving this matter favorably and swiftly, so that Trey can continue leading Maravai through its next stages of growth.”

The company said that Martin, who was named Maravai’s new CEO last week (Oct. 12), has been placed on paid leave pending the outcome of the legal challenge.

Maravai provides critical products to enable the development of drug therapies, diagnostics and novel vaccines and to support research on human diseases. Maravai’s companies are leaders in providing products and services in the fields of nucleic acid synthesis and biologics safety testing to many of the world’s leading biopharmaceutical, vaccine, diagnostics, and cell and gene therapies companies.

Planting Seeds for a Fruitful Future