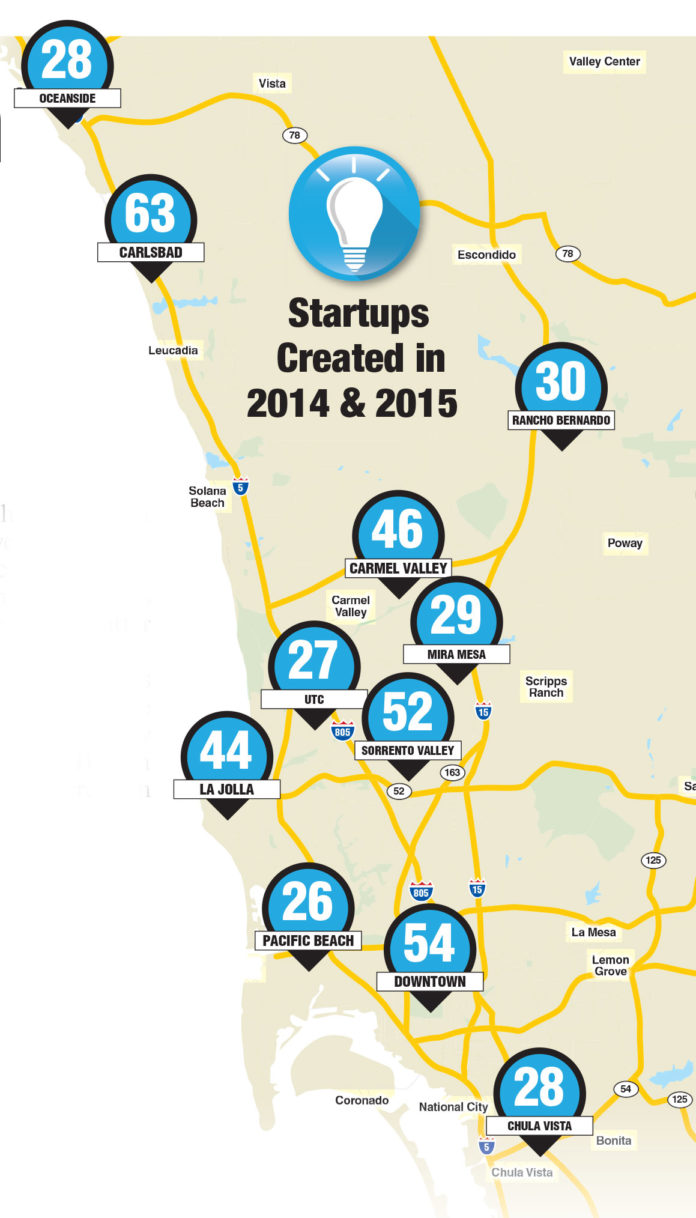 Plenty of ink has been devoted to San Diego’s maturing startup scene, but it’s sometimes hard to differentiate between truth and hype.

A new report by startup accelerator CONNECT shed some light on the matter with a nearly 50-page paper on San Diego’s innovation economy.

This marks the second year that CONNECT has published its (now annual) “Innovation Report,” and comparing 2015 findings with figures from the prior year is interesting. Perhaps more telling, however, is comparing 2015’s figures with the past decade. From 2006 to 2010, an average of 290 new startups formed per year in San Diego. From 2011 to 2015, that average grew to 382 new startups per year.

Although many figures in the 2015 report show shrinkage compared with 2014 (number of startups created, total number of jobs created), it’s important to note that the biotech bust of 2015 likely disproportionately impacted San Diego. Valuations went down, fewer companies went public, and it’s likely that fewer new companies were formed in the latter part of the year.

Still, the report shows that both the life science and software sectors grew from 2014 to 2015, in terms of startup creation and startup jobs.

Here are the highlights from CONNECT’s Innovation Report 2015: