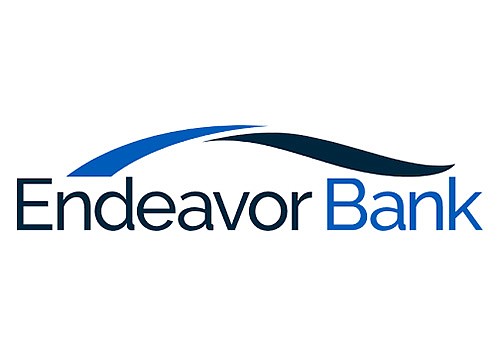 “As interest rates are poised to continue to increase in 2022, we expect to see a further increase in our loan yields, especially as we move through floors on current variable rate loans in the third quarter,” said CEO Dan Yates.

For Q2, Endeavor reported total assets of $468 million, a 22% increase from the prior quarter end.

Loans totaled $355 million, a $23 million or 7% increase from the end of the first quarter and included declines in PPP loan balances by $10.5 million.

Total deposits equaled $408 million, an increase of $95 million or 30% during the second quarter.

Second quarter net income included PPP-related net income of $279,000, which was down versus the prior quarter as fewer PPP loans remain in the bank’s loan portfolio. As of June 30th, only $7.3 million PPP loans remain out of over $300 million that the bank originated.

Year to date net income as of June 30, 2022, was $3.5 million, including a one-time, non-recurring recognition of deferred tax assets totaling approximately $2.5 million.

“Given improvement in bank core earnings, management believes it is now more likely than not those future earnings will be sufficient to recognize the benefit of remaining net deferred tax assets,” bank officials said in the Q2 report.

Results for the second quarter, which ended June 30, 2022, were reported on July 26.
During the quarter, shareholders approved the plan of reorganization to create the bank holding company, Endeavor Bancorp.

In addition, the Endeavor Bancorp board elected to downstream $12 million in Tier 1 capital from the holding company to the bank. “The infusion of capital will allow for additional growth in the months and years ahead,” bank officials stated.

As a result of the capital infusion, the bank’s Tier 1 capital ratio improved to 11.81%, well above the regulatory well capitalized minimum capital ratio requirement of 6.00%.

“The bank continues to experience strong growth in our balance sheet while navigating a more volatile economic and interest rate environment,” Yates said. “We are well underway with several strategic initiatives and are focused on achieving the milestone of cumulative profitability in the next twelve months.”

Yates added that the significant increase in deposits included some potentially volatile “larger deposit relationships” which he said could experience outflows in the months ahead.

“We greatly appreciate the trust and support of our shareholders,” said Endeavor President Steve Sefton. “It remains a privilege to work alongside our Endeavor Bank team members as we endeavor to serve our community.”

Endeavor Bank is primarily owned and operated by San Diegans for San Diego businesses and their owners. The bank’s focus is local: local decision-making, local board, local founders, local owners, and relationships with local clients in the San Diego metropolitan marketplace and its surrounding areas.