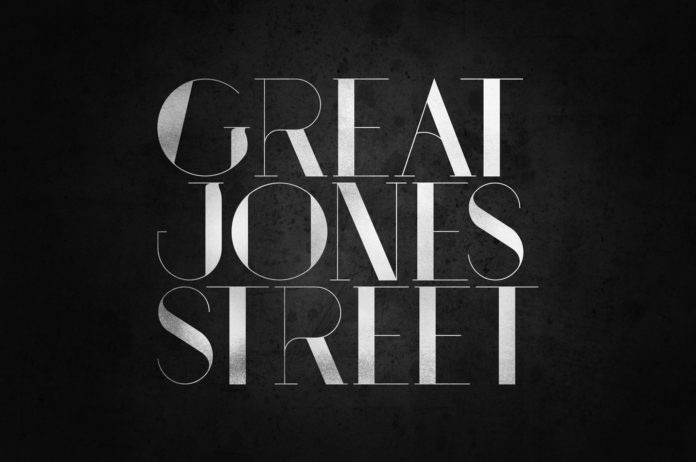 A startup in San Diego is designing a mobile app that one day may usurp Amazon in the now-niche market of short fiction.

The company, called Great Jones Street, aims to become the “Netflix of short stories,” offering readers a simple (and beautifully designed) online market to find little stories they can read in short bursts.

“Undoubtedly, the thing that dominates all media consumption in the future is the mobile phone,” said Kelly Abbott, CEO of Great Jones Street. “And the mobile user is looking for quick entertainment.”

Abbott, the son of famous short story author Lee K. Abbott, said the modern, fast-paced world is perfectly suited for short stories rather than long novels. Whether commuting on a train or killing time between meetings, users can read a short story from beginning to end in minutes.

The market they’re eyeing is fiction, an $11 billion industry in the U.S. that has room for modernization. Abbot said he thinks Great Jones Street can take a slice of that pie with short stories.

It’s unclear if there’s an appetite for short fiction, as industry reports don’t separate out sales for this format (short stories are compiled into collections and sold as books). But Abbott said he’s confident there’s an opportunity here.

Today, the majority of short stories are published in periodicals and journals such as The New Yorker or The Atlantic.

“There are thousands of periodicals and journals with millions of subscribers who read the short stories every week,” Abbott said. “It’s a healthy market with no incumbent, writ large.”

Great Jones Street will bring short stories to one place, curating the content for first-time readers with suggested reading lists like “Reader Favorites” and the “Starter Kit” collection.

Great Jones Street has already amassed 400 famous and midlist writers, and a library of 1,000 short stories are available on its app.

Abbott said short fiction is often a side hobby of many famous writers. Authors such as Neil Gaiman and Stephen King, for example, are known for their lengthy short story collections.

“Every writer has short fiction just sitting there doing nothing,” Abbott said. “As an entrepreneur, I see this as an underutilized asset. I can buy low and sell high.”

Abbott said he plans to monetize Great Jones Street this quarter with a monthly subscription of around $3.99 for the app’s users.

“It gives you access to thousands of stories, all you can eat,” Abbott said.

Like Netflix, Great Jones Street will offer a no-risk free trial to get users hooked.

Abbott launched a friends-and-family beta test on the app in October 2016, and has attracted 2,000 users so far. He said the company plans to roll out marketing in the first quarter of 2017.

The app’s namesake is a street in Manhattan best known for being a former junkie hangout. “Jonesing,” a slang word used to describe an intense craving, is said to have come from drug users referring to Great Jones Street. Abbott said the founders wanted the app to have a rock-’n’-roll vibe, playing off the history of the street in NoHo.

“We want to be the fix for your fiction addiction,” Kelly Abbott said, laughing.

The app’s design plays off the alt-vibe, as well. The stories are listed like albums, with vibrant and engaging cover art.

Abbott has a record for making ideas work. He’s the founder of Realtidbits, a company that sold commenting and analytics services to online publishers, including The CW Network, Thomson Reuters and Dow Jones Local Media Group. Realtidbits was acquired by Livefyre in 2013, and the technology ultimately was purchased by multinational software firm Adobe in 2016.

Before Realtidbits, Abbott was vice president of product development at People Media, a dating platform that was acquired by Match.com for $80 million.

“We strongly believe in Kelly and Ken, who are both serial entrepreneurs who sold their last companies,” said investor Allison Long Pettine, founding partner at SEED San Diego. “We think there is a big opportunity in the curated short fiction market, and Kelly has the relationships in the publishing space to take this content mainstream.”

No. of local employees: 6 full time, 18 contractors and interns