The former North County Times building in Oceanside is about to undergo $11.4 million in renovations by HP Investors to transform the former newspaper building into a mix of retail and office space.

“The bones of the building need a lot of work. That’s the first order of business,” said Sumeet Parekh, managing partner of HP Investors.

“It really should be an anchor for South Oceanside,” Parekh said. “We hope the North County Times building will serve to be a centerpiece for the South Oceanside neighborhood.”

HP Investors bought the 45,436 square-foot building at 1722 S. Coast Highway in October 2021 from San Diego Coffee, Tea & Spice and has signed its first tenant before the renovation even began. Renovations are planned to start in the first quarter of 2023.

Municipal, a sports utility gear company that was co-founded by Mark Wahlberg, has leased 16,300 square feet of the building on the northwest corner of South Coast Highway 101 and Cassidy Street.

“This particular redevelopment is such a cool match for our brand because of its phenomenal location and being walking distance from where so many of us live and hang out,” said Harry Arnett, co-founder and CEO of Municipal.

The former newspaper building is in a part of Oceanside that is slowly going through a renaissance following the rapid redevelopment of core downtown Oceanside neighborhoods.

“The area, South Oceanside, more and more people want to be there. Tenants that we have in central San Diego and downtown, when we talk about other projects we’re doing, this one seems to garnet comments, ‘Oh really, we want to see this,’” Parekh said. “We’ve seen all the pioneers, all the creative types jumping in early. I would expect over the next two or three years everyone else will follow.”

Exterior renovation work of the North County Times building will focus on restoring large archways that lead into the building along South Coast Highway and adding new entrances.

“It’s paint, new openings, new entrances so it has a bit more of a retail kind of feel from Coast Highway. Right now, there’s one entrance,” Parekh said, with the rest of the façade along the highway a solid wall.

“People just drive by this building. It’s kind of forgettable. We want to change that,” Parekh said. “We’re doing a lot to make it more compatible for a restaurant use to come in.”

That includes adding an outdoor patio along the front of the building in what is now a grassy strip of land.

“I envision a combination of retail and food and beverage in the front,” Parekh said.

“We want to just liven that up,” Parekh said.

The building dates from 1968, when it was the new home for the Blade-Tribune newspaper that later became the Blade-Citizen.

Greg Gershman of Lee and Associates is marketing space in the building on behalf of HP Investors. 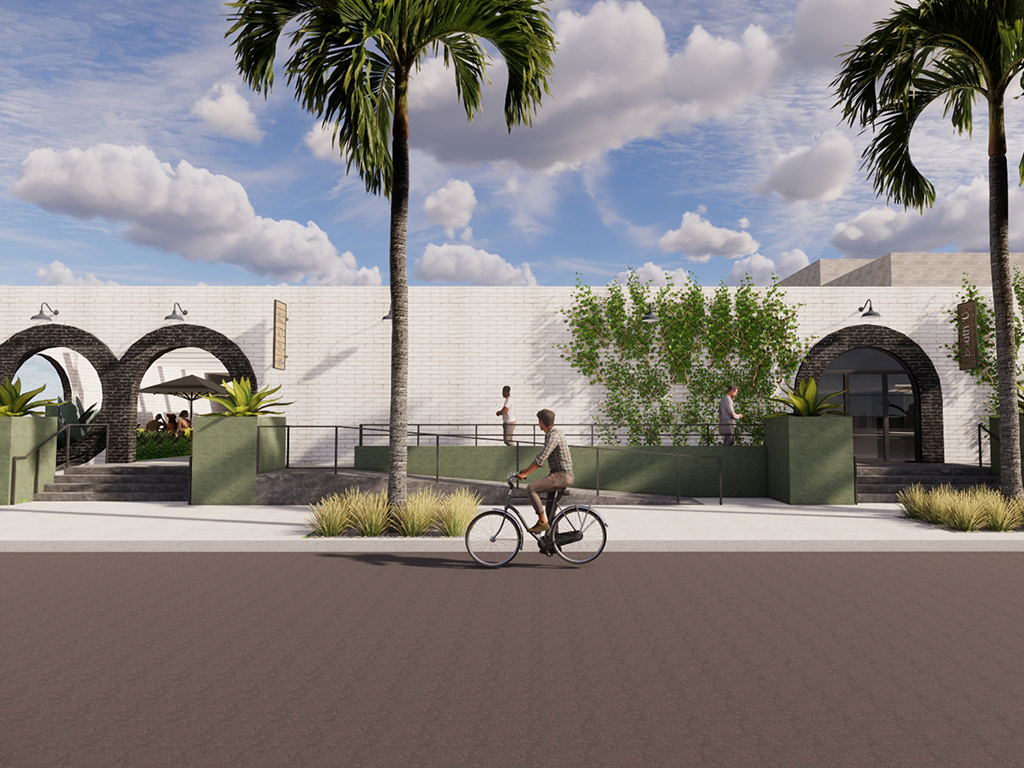