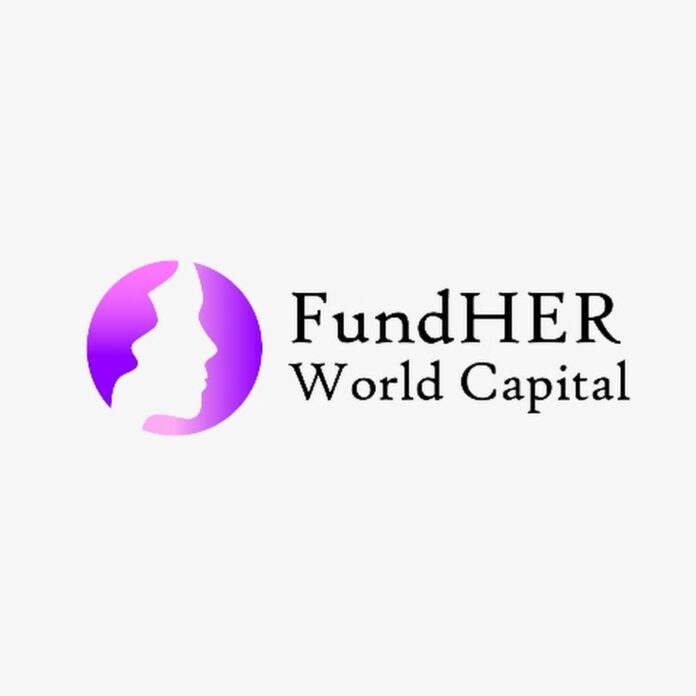 For those who champion equality between the sexes in the business world, there is some good news: The Women’s Business Enterprise National Council reports that 40 percent of businesses in the U.S. are owned by women.

But statistics that accompany that news come with a caveat that’s not quite so upbeat: Only 2.3 percent of women-led startups are receiving venture capital funding – and that’s down from 2.9 percent just a few years back.

But even as those numbers show women currently on the downside of the investment game, people like Rose Vitale remain laser-focused on leveling the playing field now and for years to come.

When Vitale initially entered the world of venture capital, she said it didn’t take long to see the gross inequity in funding. That reality eventually led to the creation of her private equity venture capital group FundHER World Capital, working to address some of the fiscal issues faced by female-led companies.

Vitale, a Michigan native living in California for more than 15 years – and who now calls La Jolla home – is an angel investor, as well as president and a shareholder of DRA Family Office in San Diego.

A longtime entrepreneur, she knows firsthand about women starting businesses and needing venture capital to get going and sustain momentum. Vitale has been building businesses and investing in private companies for more than 25 years, and she herself began with one wireless store operation and helped grow it to more than a dozen.

She said along the way she and a female partner took $7,500 of their own money and built that investment into a $100 million company.

“We didn’t get outside investors because we tried that route and just was so difficult, and it was just a long road,” Vitale said. “And you know, I was able to see what happened with women when can stick together against all obstacles. I mean we fought. We faced numerous, numerous obstacles. Some of the things that we had to overcome you would not believe. We had to keep pressing forward. It’s like I always say, ‘You could have our best day and your worst day, all in one day.’ “

Her DRA Family Office is a private wealth management advisory firm that specializes in serving high net worth individuals, and it is from that powerful perch that she is using her fiscal experience and know-how to uplift, mentor, collaborate with and financially support women so they can succeed in the business world.

“Women have to learn how to support each other,” Vitale said. “Instead of being competitive, we must get more women to collaborate and support each other instead of competing and fighting with each other. It sounds so fundamentally simple but it’s the truth. Women can come together against all obstacles by sticking together as we keep going forward. I believe that women’s greatest gifts are each other. We just have to learn how to play together.”

She is also on a mission to inspire others to join her and help fund and support women in business to grow, scale and thrive, and she is taking the lead in starting the changing the flow of capital. She wants to create an environment where venture capital routinely flows to women-owned businesses and start a movement not only in the U.S. but also around the world.

Behind her vision of backing successful women business owners, the DRA Family Office in May announced a $10 million fund dedicated to supporting female founders across for-profit sectors. Vitale’s FundHER World Capital is also actively seeking dedicated investors who want to change the state of funding for women-led businesses.

Passionate about transforming the funding landscape for women, Vitale is host of the Women in Business Podcast, the Female Investor Podcast and founder of the Female Founders Pitch Summit. She is hopeful that other investors and women business owners will also collaborate with one another to help them become more confident as well as inspire each other toward success.

“When you think about changing a woman’s life on a financial level and empower even one woman and help her think differently about her future, think about it in in a way that will impact her in a positive way for business and success — that’s what I want,” Vitale said. “I also hope to inspire the next generation of people who say, ‘I can do it, too.’”

Vitale said she has the benefit of having seen things “on both sides of the coin,” as someone who needed financial backing for her own businesses and one who can offer venture capital to others’ businesses.

Earlier this month Vitale added a nonprofit into the mix as part of her mission to redirect the flow of capital to female-founded and female-led ventures.

Recognizing that female founders in the nonprofit space have similar needs for expanded access to capital for impact, Vitale on Sept. 13 pledged $1 million to the non-profit Rainforest Partnership.

Rainforest Partnership was founded in 2007 by Niyanta Spelman of Austin, Texas, with a mission to protect, conserve and regenerate tropical rainforests by working with local and indigenous communities to develop sustainable livelihoods that foster the connection between people and nature.

“I firmly believe that when you empower women, you change lives, whether on a local, national, or global scale,” said Vitale. “This injection of critical capital in Rainforest Partnership will help this powerful, purpose-driven, female-centered nonprofit move toward long-term sustainability and further their impact.”

Vitale, 42, said she always wanted to be an entrepreneur and said when she was a young girl she made money selling pencils to her classmates, charging them twice what she paid.

Vitale recalled a time after she moved to California in her mid-20s when she was at her lowest point. Someone in the business world told her, ‘You’re never going to make it in this industry, and you’re going to fail our first year.’”

Vitale said that was all she needed hear to know that was not going to happen. “I was like, ‘OK, I’m going to prove you wrong,’” she said.

Vitale said people sometimes ask her why, with no financial worries of her own, she continues to work in venture capital.

“They’ve said, ‘Rose, why are you even doing this? You know, you’re set for life, you’re good to go,’” Vitale said. “And I say, ‘Because I know what it’s like to fight for one more day.’ Now I’m in that fortunate position where I can change people’s lives, to help them fight for one more day, too.”