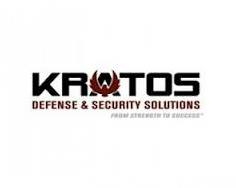 In reporting its financial results on April 30, Kratos (Nasdaq: KTOS) also reported a backlog of $1.1 billion. Kratos reported that it cut 120 jobs in the first quarter for a current head count of 3,700.

Shares of the stock closed at $7.22 April 30, and were unchanged in after-hours trading.