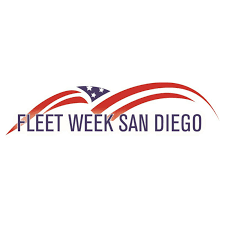 San Diego Fleet Week, the annual celebration of all things military in San Diego County, is not just a one-week festival in the fall anymore.

San Diego’s Fleet Week was created in 1997 by community and business leaders who saw a need for recognizing the military in San Diego County, and since 2001 the celebration has grown into a major local nonprofit event.

Blumberg said San Diego’s myriad events offer an opportunity for the community to get a first-hand look “at what these young men and women do,” and doing so in a place where they are, considering San Diego’s longstanding built-in, strong military presence.

Thanking Those in Uniform

This year’s early pre-November events include the golf tournament on Sept. 14 at Sycuan; a Fleet Week 16-team, double elimination softball tournament for military members and first responders from Oct. 12 through Oct. 25; and the Marine Corps Recruit Depot Boot Camp Challenge at MCRD on Oct. 22 (official website is bootcampchallenge.com).

Maggie Young, associate executive director of Fleet Week San Diego, said that the early events “get people excited about the big party, if you will, for everything that will be happening in November.”

The majority of Fleet Week events will take place from Tuesday, Nov. 1 through Friday, Nov. 11, with Broadway Pier open to the public from Nov. 4 to Nov. 16. The San Diego State Fleet Week Football Classic pits the Aztecs against the San Jose State Spartans on Nov. 12 at Snapdragon Stadium.

This year’s Fleet Week events include:

The Veterans Day Boat Parade will be held Nov. 11 starting at noon at Shelter Island and going along the same route as the annual Parade of Lights held along the bay in December, making its way past Harbor Island, the Embarcadero and then cross the bay to Coronado.

Young said she hopes the events help guide the younger generation to learn more about the military and what its personnel do − both at work and in the community.

Young grew up in the military community − her father was a captain in the Navy − and her late husband was retired from the Navy.

“Before I got into the nonprofit world, I worked for multiple defense contractors in San Diego,” she said. “I’ve always been around the Navy. Having these 19- and 20-year-olds on the pier, these Navy and Coast Guard guys telling people what they do, showing off their military equipment is so important. These are the volunteers in the community, and they’re your neighbors. That’s what it’s all about.”

Blumberg, a retired Navy captain, said that honoring, celebrating and thanking the men and women of the Navy, Marines and Coast Guard is the bottom line, and is the true mission of Fleet Week San Diego.

Fleet Week San Diego, originally created in 1997 by members of the San Diego community and business leaders throughout the county, was incorporated into a 501(c)3 nonprofit foundation in 2001. The group, which has a budget of $400,000 for this year’s events, donates proceeds in excess of its operating expenses to charities that provide critical support to military families.