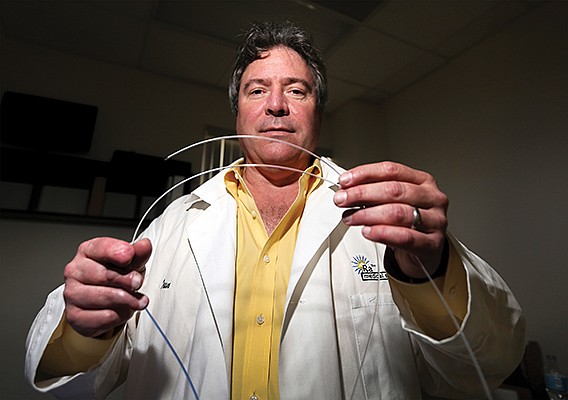 The company recently sued Pennsylvania-based Strata Skin Sciences and its board chair, Uri Geiger for trade libel. The lawsuit alleges a campaign of false and misleading statements to financial partners before, during and after Ra Medical’s IPO.

“These false statements had a substantial negative effect on Ra Medical’s IPO, causing several key financial partners to back out of the IPO and delaying the IPO for several critical months,” the lawsuit, filed in the U.S. District Court of Southern California, alleges.

The lawsuit alleges that Geiger emailed potential financial partners with false warnings about Ra Medical so they would abandon the IPO. That included Piper Jaffray, the bank that ultimately led the public offering, and two that pulled out: UBS and OppenheimerFunds.

Before the IPO, the lawsuit alleges, Geiger emailed UBS and implied that Strata would sue Ra Medical for patent infringement.

A 2011 settlement between Ra Medical and PhotoMedex, whose assets Strata bought, forbids Strata from bringing such infringement claims, according to the lawsuit.

“The settlement agreement prohibits disparaging statements regarding the FDA status of certain Ra Medical lasers, as well as false marketing known to be untrue,” according to the lawsuit.

The complaint also names Accelmed, which is Strata’s majority stockholder. Strata did not return a request for comment.