A rooftop deck is among the amenities in the renovated Tower 180. Rendering courtesy of Hammer Ventures. 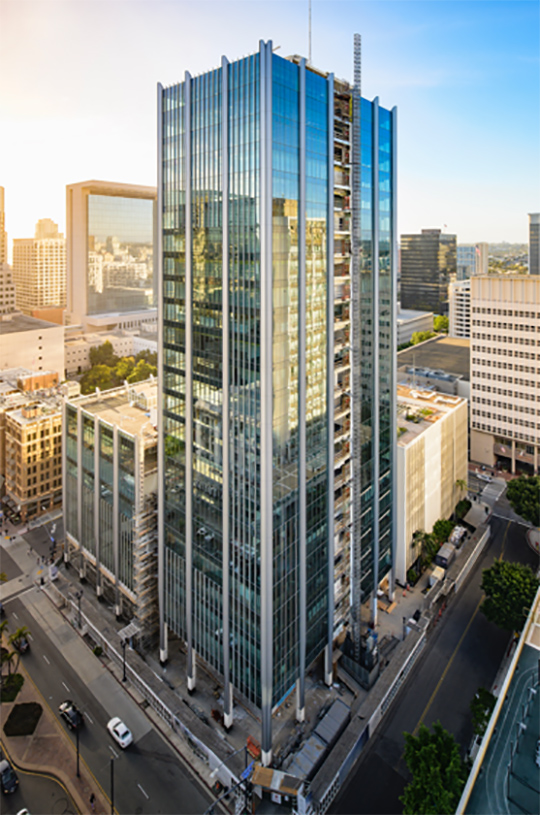 With $55 million of redevelopment work still under way, the 25-story downtown San Diego office building that’s been renamed Tower 180 has signed up two tenants for some of the retail space.

Blue Bottle Coffee is scheduled to move into the 345,016 square-foot building at 1010 Second Ave. in the fall to be followed by Mendocino Farms restaurant in early 2020.

Renovations to the building façade have been completed on the Second Avenue and the north side of the tower with work on the rest of the façade expected to be done later this month.

Lobby renovations with a new entrance from Broadway are due to be finished in August.

“The building will deliver what you expect from a Class A space with valet parking, southern-facing patios along Broadway and a highly amenitized rooftop patio,” said Lawrence Howard of Hammer Ventures.

Hammer Ventures bought Tower 180 — formerly known simply by its address as 1010 Second Ave. — in June 2016 for $54.4 million, according to CoStar, a real estate listing service.

The building was constructed in 1963 and its renovation is part of an ongoing trend by landlords to reposition their property.