Tim Foley, a San Diego developer who specializes in building infill apartment projects in the city’s urban neighborhoods, said he’ll likely be able to build more apartments for less money thanks to a new law that eases parking requirements.

“The more units you can get, the better things pencil out,” said Foley, founder and CEO of Foley Development. “There’s going to be a bigger supply of housing because of this.”

Developers such as Foley and Haley and real estate experts have complained for years that San Diego must ease up on parking requirements and now that it has, they’re trying to figure out what it means.

For starters, most say that it’s highly unlikely that many developers will go with no parking.

People are too wedded to their cars, particularly for commuting to and from work.

But other cities have tried similar steps with some success.

The theory is that if developers don’t have to build parking spaces or can build fewer than was previously required, they will charge lower rents in apartment buildings and lower the sales price for condominium units. 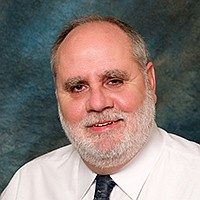 The hope is that the change also will lead to more infill projects in urban neighborhoods where the only way to provide parking was to build garages below ground, which made some projects too costly.

The change came when the San Diego City Council recently voted to allow apartment and condominium projects with no parking provided that developments are within a half mile of transit stops along heavily trafficked routes and downtown.

When developers choose to provide parking in those areas, they must charge for it separately rather than include it in apartment rents or in the sales price of condominium units, under the change.

Besides providing more workforce housing, the change in parking requirements is seen as a way to reduce vehicle exhaust emissions and overall air pollution as part of the city’s Climate Action Plan.

“People in the Southern California culture love their cars and have a hard time envisioning using transit, but the emergence of alternatives has changed that a little bit, offering a compromise between driving themselves and getting on a bus,” said Kuhn, citing ride sharing services as an example.

“This opens up a lot more of the smaller redevelopment projects, where they were much more sensitive to these (parking) costs,” said Nolen, who focuses on infill projects as broker.

“You could build five, 10, 20 units where before, building on a small lot that requires underground parking just wasn’t technically feasible,” he said. 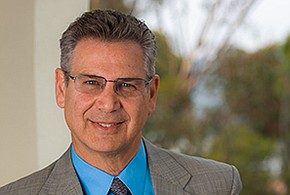 “In the very long term, this will be a good thing because of two reasons. Cars are going to become less and less important in our daily lives and by not accommodating them we will force people to explore alternatives,” Kuhn said. “The other factor is that to truly make a great city, you need density and this will aid the density because less area is being devoted to cars.”

Any effect that the change in parking regulations will have on the overall cost of renting an apartment in San Diego “will take time, a lot of time, as we only add about 1 percent to 1.5 percent of the stock each year in a good year,” said Norm Miller, Hahn Chair of Real Estate Finance at the University of San Diego who is affiliated with the Burnham-Moores Center for Real Estate.

Miller said that on a typical project where providing a parking space costs $60,000, rents could be lowered by a little more than $200 a month. 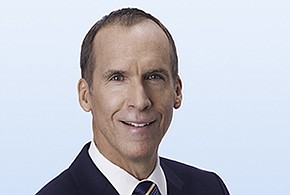 “Now, will developers lower rents by this much? Maybe,” Miller said. “But another perspective is that it makes an unfeasible project feasible, and any way we can add more housing units will be beneficial for everyone, even if the broader rents do not seem to be impacted.”

Victor Krebs, a senior vice president of Colliers International in San Diego, said he would expect to eventually see monthly rents drop by $100 to $300, depending on how many bedrooms are in an apartment.

“Those who need parking will pay for it. Those who don’t, won’t,” Krebs said. “Before, you had to factor in the cost of all these spaces in your rent.”

According to a 2018 study for San Diego planners by Chen Ryan Associates, easing parking restrictions increased infill development in Sacramento and resulted in lower rents in Minneapolis.

In Seattle, reducing parking requirements increased the number of people who did without a car and lowered the average number of vehicles per household between 2000 when the city made the changes and 2016 — the latest year for which figures were available, according to the study.

By comparison, fewer people did without a car in San Diego during that same period while the number of cars per household rose, according to the study.

Miller of USD said eliminating or reducing parking will likely encourage people at the lower end of the housing market to give up their cars, especially younger renters and buyers if it means they would pay less for housing.

“We know that driver’s licenses are much less important to the younger generation, that many have no desire to own cars, so it seems logical that they would prefer cheaper housing rather than have an expensive parking spot that requires them to pay $2,700 a year more in rent to support,” Miller said.

Economist and real estate advisor Gary London said the change in parking regulations “is the first step in an evolutionary process that recognizes that we’re simply not going to need as much parking in the future as we had in the past.”

He said the city should go still further and eliminate all parking requirements citywide.

“The decision is taken out of the public sector and into the private sector, and that’s where it properly belongs,” London said.

As a practical matter, Krebs of Colliers and Miller of USD said developers will still include some parking in most residential projects.

“They may not include as much, but they will include what they think is the correct amount to meet the demand of a particular area.” Krebs said. “There will still be a need for cars.”