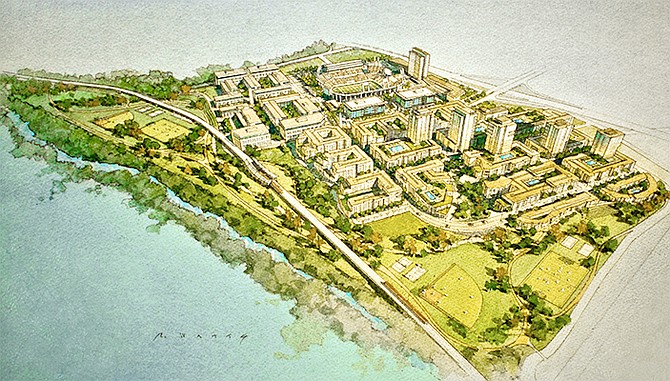 Rendering shows proposals for the redevelopment of the former Qualcomm Stadium site released prior to the November election in which SDSU was chosen to redevelop the property. The stadium site is on the top. Rendering courtesy of SDSU

When Clark Construction Co. got the $250 million contract to build a new home for Aztec football in Mission Valley, the deal was especially sweet for the 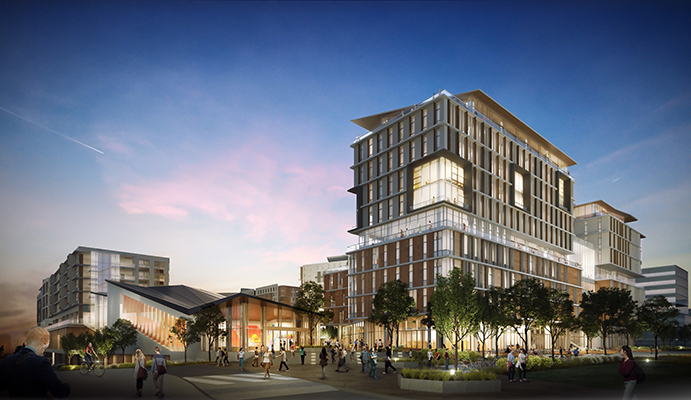 man who will oversee the project.

Gonzalez earned a master’s of science degree in civil engineering

from San Diego State University in 2000, and the first job he applied for with Clark was to work on construction of a 4,000 foot-long trolley station and tunnel at SDSU for the Metropolitan Transit System.

“I knew the campus and that seemed like a great fit for me,” said Gonzalez, who had been working as a project manager for Malcolm Drilling.

He didn’t get the job.

Instead, Gonzalez was hired as project manager for Clark on construction of Petco Park. Clark was the general contractor for the group that built the ballpark, and Petco was the company’s first foray into the San Diego County market.

“It wasn’t that Petco brought us to San Diego. We wanted to work in San Diego. It happened to be that our first project was Petco,” Gonzalez said. “There is a very, very high quality, skilled labor force and a very sophisticated group of subcontractors, so the quality of construction is very high in San Diego.”

Based in Bethesda, Maryland, Clark Construction had done work in Irvine and Los Angeles. Moving into San Diego County was a natural after the company entered the California market in the 1980s.

In 2018, Clark Construction did about $300 million worth of projects in San Diego County, Gonzalez said, adding that, “We’ll do that again this year.”

Clark Construction has about 100 employees in its San Diego offices, 855 throughout California and 4,200 nationwide.

“We’re a privately held company and our focus is on building great relationships and providing opportunities for great people. We are not focused on growing just for the sake of quarterly earnings,” Gonzalez said. “The company has been in business since 1906. We have a set of core values that drive who we are. Those include a high degree of integrity, quality, safety and commitment to our communities and all of those things align very well with us working in San Diego and with SDSU.”

Aside from his personal connection to SDSU, Gonzalez said the Aztec stadium project is especially significant for Clark Construction because of the larger role it has as the first piece in the redevelopment of the former Qualcomm Stadium site into an expansion of the university. 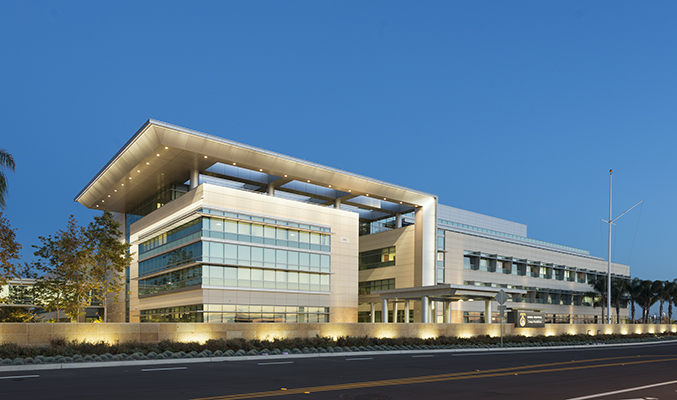 Details on the design of stadium project are still being worked out, but Gonzalez said the goal is to have the stadium ready for the kickoff of the 2022 Aztec football season.

“A stadium of this size and capacity in San Diego is well within our wheelhouse,” Gonzalez said. “Our company has a wealth of sport experience.”

Among its signature projects were a $180 million deal as the general contractor on FedEx Field for the Washington Redskins National Football League team, an $86.5 million contract for the Fresno State University arena, a $50 million contract for renovation of the Rose Bowl and foundation and super structure work on M&T Bank Stadium for the NFL’s Baltimore Ravens.

“We are able to bring all of the lessons learned and knowledge from doing sports projects throughout the country,” Gonzalez said.

In addition to the stadium deal, Clark Construction built a new student residence hall at SDSU for 850 students that includes a 15,000 square-foot community dining hall.

That, too, is a personal connection for Gonzalez, who earned a master’s degree in business administration from UC San Diego’s Rady School of Management in 2007.

Others on the Living & Learning Neighborhood project include HKS Architects and Safdie Rabines Architects.

A.O. Reed & Co. worked with Clark Construction as a subcontractor on the hospital and other projects, including Petco Park, a Navy housing project and the UCSD Living & Learning Neighborhood.

“For me personally, I’m very proud to be part of the Camp Pendleton project. I like driving by and knowing that we provide our military a great facility under budget and beat the schedule,” said A.O. Reed President David Clarkin.

Clarkin said he likes working with Clark Construction because of the team atmosphere the company has.

“Their approach is not an ‘us and them.’ It’s a ‘we,’ meaning if there’s a problem, we have a problem and we’re going to work it out together,” he said. “They also surround themselves with people that are professionals.”