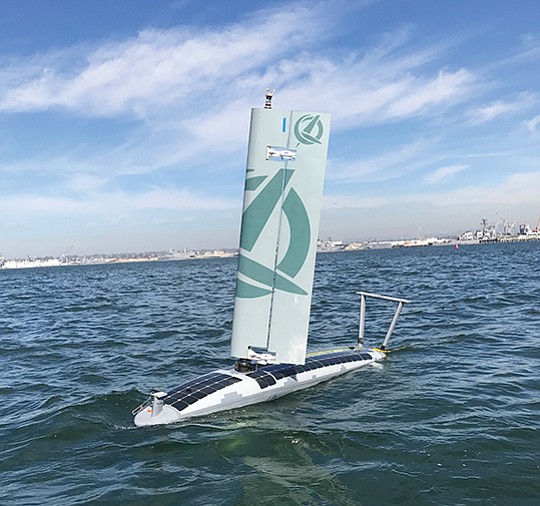 Ocean Aero’s submaran vessel travels on the water’s surface using its wing-like sail, and beneath the water as a glider. The hull is 14 feet long. Photo courtesy of Ocean Aero 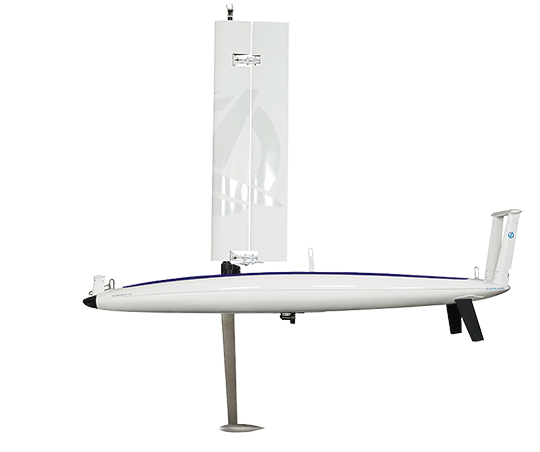 Teledyne Marine is the company’s other primary investor.

At first glance, the submaran looks like a kayak with an overabundance of accessories. But it can conduct serious missions, collecting intelligence and conducting surveys. It can also stay at sea for months, and duck underwater to avoid foul weather.

The 14-foot-long vessel travels atop the water, harnessing the wind with its hard sail (which is kind of like a wing). It can also stow the sail close to its body and dive, moving along under the water in an up-and-down pattern by changing its buoyancy.

The platform can carry 50 pounds of sensors as well as the batteries to run them. Sensors might monitor weather, water current, radio and satellite communications, water content or magnetic fields (navies use magnetometers to find submarines). The vessel can also store electricity collected through solar cells.

The submaran has impressed potential customers like the U.S. Navy and the National Oceanic and Atmospheric Administration, or NOAA. With Lockheed Martin, it participated in a 2016 exercise conducted by the Naval Undersea Warfare Center in Newport, Rhode Island. More recently in February, the vehicle completed an 11-day endurance test, navigating its way south along the California coast from Monterey Bay to Southern California’s Channel Islands.