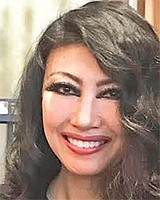 Over the past year, there has been continued speculation that mainland Chinese consumers will continue to decrease their commercial property purchases in San Diego and nationwide amid the Chinese government’s stricter capital controls, tightened regulatory scrutiny, China’s economic slowdown and the country’s escalating trade war with the U.S. This comes after a 2017 report by Cushman & Wakefield citing a significant drop in Chinese CRE investment in the U.S.

These concerns are fueled by 1.) a 55 percent decline of Chinese investment in U.S. commercial real estate in 2017, and 2.) recent government figures from Beijing that China’s economic growth slowed to its weakest pace since the first quarter of 2009 with the economy growing at 6.5 percent year-over-year in the third quarter 2018, missing expectations for 6.6 percent growth.

These tough numbers aside, the facts on the ground do not support recent forecasts of a continued Chinese pullback from the U.S. commercial real estate market — San Diego CRE included.

On the contrary, Chinese investors still have ample means and appetite for San Diego-based commercial property.

San Diego’s profile has risen as an attractive location for real estate investing. According to commercial real estate firm CBRE’s yearly report on real estate, San Diego is now ranked as the 11th most desirable place for investors to park their money in office, retail, industrial and multifamily real estate. Investors cite San Diego’s diversified economy and low vacancy rates as attractive features, in addition to the prospect of high returns due to the city’s new office and industrial properties as well as its lack of development sites.

There are other factors at play in San Diego that Chinese CRE investors are watching closely.

• San Diego-area stable income office properties, hospitality, residential and mixed-use projects continue to be attractive to foreign CRE investors due to their history of good returns as well as investors’ familiarity with these projects.

• San Diego continues to host industries that are both creating jobs and utilizing offices. CBRE figures indicate that the city’s economic drivers help provide a sustained demand for both industrial and office buildings of high quality in convenient locations.

• Currently, there are a variety of large development projects underway in San Diego. Gone are the days when local commercial real estate in San Diego was too small to attract the attention of Chinese capital.

It is important to note that Chinese investment in U.S. real estate is not going away. Investment still exceeds 2014 levels, and some analysts believe that current levels are more sustainable given the overheated 2015-2016 market.

Additionally, the Chinese government has been unable to detect and stop the flow of illicit money out of mainland China. CityWire Asia has reported that Beijing’s capital outflow controls have been ineffective in stemming the international transfer of underground money, a phenomenon that continues at a rapid clip.

While a clampdown by regulators in Beijing is in effect, analysts interviewed by the South China Morning Post project that its end result will be moderated due to both the undetected flow of money to the U.S. and continued Chinese demand for U.S. commercial properties, San Diego commercial properties among them. For the time being, Chinese CRE investment in the U.S. is not going away in spite of China’s government-mandated restrictions and other factors, i.e., the current U.S. real estate market slowdown, rising interest rates and the U.S.-China trade war.

San Diegans can take heart that foreign investment in U.S. real estate continues to grow due to China’s rise and the reality that U.S.-based assets are more affordable than in other world capitals. Regardless of the current political tensions between Washington and Beijing, Chinese investors still see the U.S. is an investment safe haven.