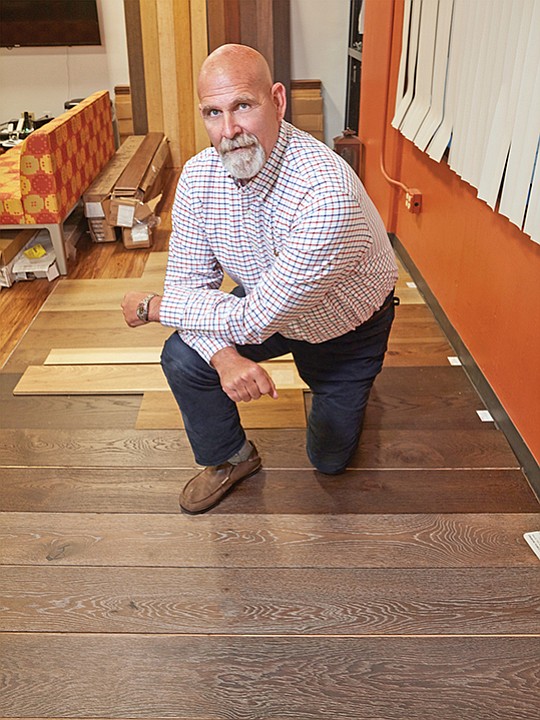 San Diego — You can call bamboo wood or you can call it grass. Cali Bamboo continues to grow like the latter.

Revenue at the San Diego building products company has stretched to the sky, going from $46.5 million in 2015 to slightly more than $101 million in 2017. The company will make yet another appearance on the San Diego Business Journal’s fastest growing companies list, set to be published July 30.

Revenue has expanded “north of 30 percent” year over year in the second quarter of 2018, CEO Doug Jackson said, adding that he might just have a “platform to build a billion-dollar company.”

The 56-year-old Jackson is still getting used to the CEO’s job, having succeeded Jeff Goldberg, who co-founded the company with surfing buddy Tanner Haigwood in 2004. In 2015, High Road Capital Partners, a New York private equity firm, bought Cali Bamboo for undisclosed terms. Goldberg and Haigwood still have stakes in the business. 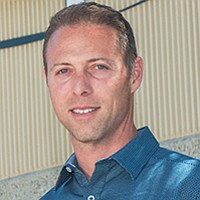 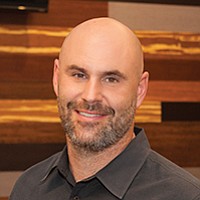 “Tanner and I knew we were transitioning out,” Goldberg said during a recent interview. “We were actively searching for the right person [to run the company] for two years.” That person, he said, turned out to be Jackson, who joined in September of 2017 as chief revenue officer. In the months that followed, Jackson was promoted to president, and then CEO.

Jackson, whose 20-year career with Shaw Industries Group Inc. makes him a flooring industry veteran and a well-known figure in building circles, said he continues to work with Goldberg on strategy.

“When I have a fork in the road, I’ll call and get his opinion,” Jackson said.

With Jackson running the show, founders Goldberg and Haigwood are now negotiating their own forks in the road.

Haigwood was unavailable for an interview. After a surfing trip to Mexico and some time in Maryland, he is currently off the grid for two months, with his family in Costa Rica. “He’s going to find a great break” in Central America, Goldberg said.

At age 42, Goldberg could retire if he wanted to. But he doesn’t want to.

Goldberg is investing in startups and mentoring young companies as part of his new pursuit, Brazen Ventures Inc. These days he is putting the most time into Ballyhoo Media, an advertising business run by his nephew that sells time on a purpose-built, floating video billboard, targeting an audience of beachgoers and people within sight of the ocean. The first of the custom-made boats is spending its second year in Ballyhoo’s beta market, Miami. A second, larger boat is under construction.

The Miami boat is a 58-foot craft with two back-to-back, high-definition screens measuring 47-by-12 feet. Its flat-bottomed design is better suited for calm waters, said Goldberg. It cost six figures. Ballyhoo did not get a loan for the specialty vehicles, Goldberg said. It had to pay cash.

Vessel No. 2, designed for choppier waters, runs seven figures and measures 75 feet, with 60-by-20 screens.

The venture has given Goldberg a crash course in marine design, but the businessman doesn’t seem averse to learning new things. After all, he started his career in biotech.

Looking back, Goldberg said Cali’s success was due in part to its ability to adapt quickly to the market, and to right itself following failures. Goldberg said he learned to expect things to go wrong, and set up the organization to adapt to conditions.

These days, Cali Bamboo is not limiting itself to its namesake grass. In fact, Jackson’s business cards say “Cali Brands.”

In addition to its bamboo building material, it produces vinyl flooring and composite decking that includes recycled plastic. The business is also venturing into markets adjacent to the flooring industry, offering area rugs as well as a limited amount of furniture — ottomans that the company calls “poufs.”

Bamboo flooring is still the company’s top seller. The business gets its raw material from sustainable sources in Zhejiang province in China; its products are manufactured in the same area.

In Cali Bamboo’s “fossilized” process, bamboo poles are sliced lengthwise to create strips, which are dried in a kiln. Strips are then mixed with an adhesive and loaded into a hydraulic press, which squeezes the pieces into a hard, solid block. The block is then milled into planks.

The San Diego business takes its products to market through multiple channels. It started with a direct-to-consumer model but big retailers such as Lowe’s Cos. Inc. (NYSE: LOW) are now part of the picture. In a pilot program, Cali Bamboo has flooring kiosks in 100 Petco Animal Supplies Inc. stores in California and Texas. It’s a situation, Jackson said, where you reach the customer even before he or she knows they need the product.

Cali Bamboo operates warehouses in Los Angeles, Pennsylvania and South Carolina. Big customers such as Lowe’s stock their own supplies.

The last year has been a big change for Jackson, Cali’s new CEO.

Not so long ago, the San Juan Capistrano resident was commuting to Santa Fe Springs. Atlanta-based Shaw Industries, which is part of Warren Buffett’s Berkshire Hathaway Inc. empire, has its sales office there. Over time, Jackson said he got to know Goldberg and Haigwood. He eventually made the jump to Cali Bamboo.

Jackson called Shaw a “buttoned-up Southern company.” On his first day at Cali Bamboo, a Labrador came into his office with a tennis ball with the expectation that he throw it.

The office is dog-friendly and has plenty of other amenities.

“I respect the culture. I get it,” Jackson said.

Cali Bamboo, or Cali Brands, fully intends to keep up its growth. It plans to do so by introducing new products, all while staying true to the company’s green roots, Jackson said. The company’s marketing message has long been one of environmental awareness.

It’s all going to require some more space. The business plans to lease 4,000 square feet across the street from its current building, and move its cramped research-and-development studio there.