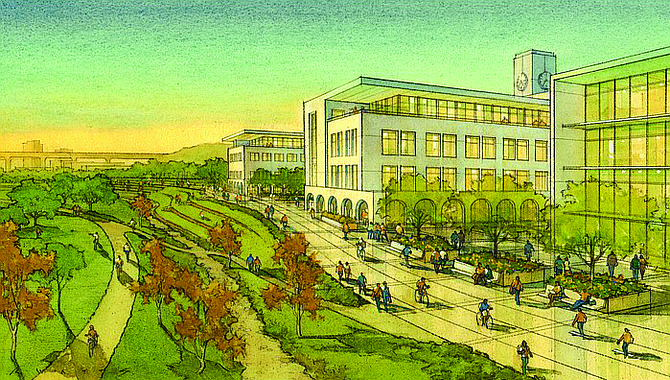 San Diego State University’s plan to build a new stadium and satellite campus on the Mission Valley site of the former Qualcomm Stadium will go on the November election ballot.

The San Diego City Clerk’s office has verified that Friends of SDSU University submitted petitions signed by enough registered voters to qualify for the ballot – putting SDSU in a head-to-head election fight with FS Investors for the rights to redevelop the property.

Whichever proposal gets the most votes wins.

Friends of SDSU led the petition drive for the project that has been dubbed SDSU West.

“We are incredibly proud that the city clerk has cleared the way for SDSU West to be placed before voters this year,” said Fred Pierce, a spokesman for Friends of SDSU.

“This important milestone moves us one step closer to making SDSU West a reality for San Diego State University and our city as a whole,” Pierce said.

FS Investors submitted petitions signed by more than 100,000 voters in May 2017.