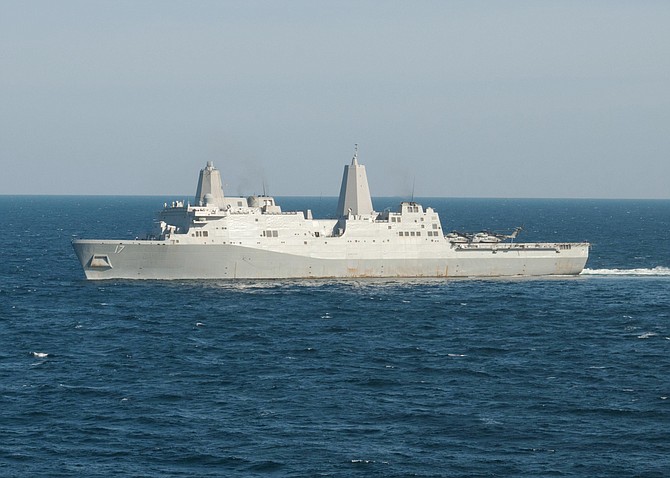 The USS San Antonio is an amphibious transport dock. Raytheon Co. received a contract to support the electronics on such ships, with 80 percent of the work flowing to San Diego in 2019. Photo courtesy of U.S. Navy.

The U.S. Navy announced it has awarded a $21.7 million contract modification to the San Diego office of Raytheon Co. The deal covers life cycle engineering and support services for the integrated shipboard electronic systems of the San Antonio-class amphibious ships.

Eighty percent of the work will be done in San Diego.

The work will be performed on amphibious transport docks, which are actually 684-foot ships that can carry up to 800 U.S. Marines and their equipment.