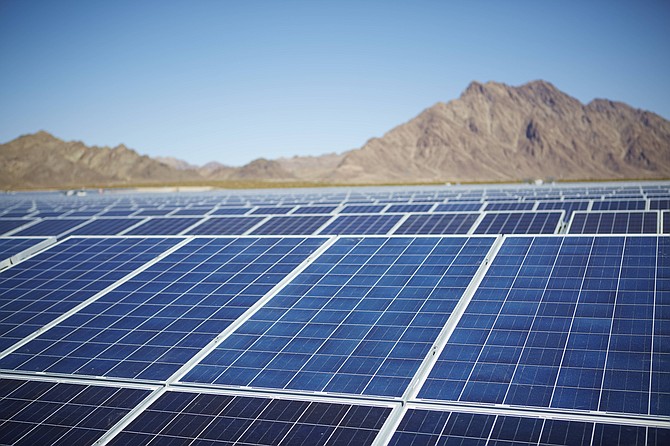 The Copper Mountain solar facility in Nevada is one of several that Sempra Energy sold to Consolidated Edison. Photo courtesy of Sempra Energy.

Sempra Energy announced on Dec. 13 that it wrapped up its sale of U.S. solar assets to Consolidated Edison. The New York utility is paying $1.6 billion in cash, subject to customary post-closing adjustments.

Also sold as part of the deal were solar and battery storage development projects, as well as a partial interest in the Broken Bow II wind facility in Nebraska.

“With the completion of this sale, we continue to build momentum toward becoming North America’s premier energy infrastructure company, while expanding our opportunities to build and acquire other energy infrastructure,” Joseph Householder, Sempra’s president and chief operating officer, said in a statement distributed by Sempra (NYSE: SRE).

In addition, Sempra plans to pay down debt.