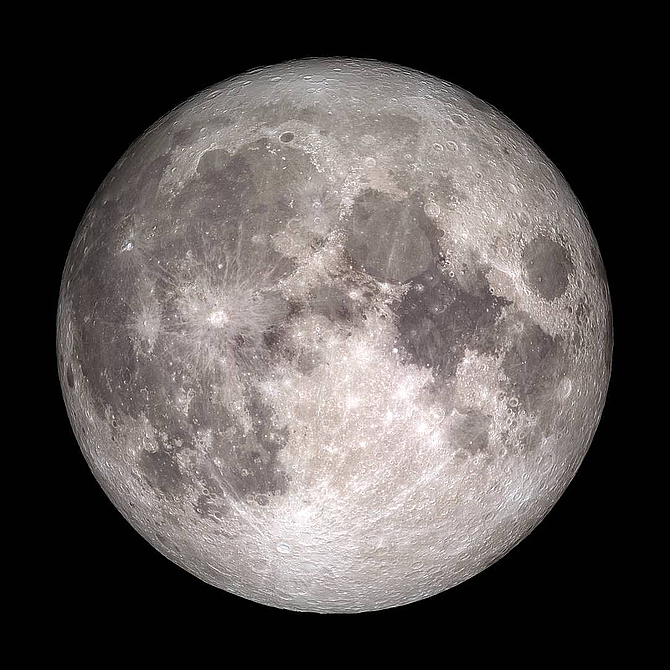 General Atomics is part of a team that is competing to build a moon lander under a NASA program. Massachusetts-based Draper leads the team. Photo courtesy of NASA

General Atomics is one step closer to putting an unmanned rover on the surface of the moon.

NASA announced on Nov. 29 that nine teams will be able to bid for work under its Commercial Lunar Payload Services program. NASA expects to award $2.6 billion worth of contracts over the next 10 years.

GA is part of the winning team led by Massachusetts-based Draper. GA’s Electromagnetic Systems group has a satellite-building facility in Colorado.

NASA awarded indefinite delivery, indefinite quantity contracts to nine teams. In the next step, the teams will compete for task orders from NASA.

The Draper team’s lander is called Artemis-7. Under the proposal, GA will manufacture, assemble, integrate and test the lunar lander in the United States. Ispace, a Tokyo-based company with offices at California’s Moffett Field and Luxembourg, will design the lander and mission operations. Rounding out the team will be Spaceflight Industries Inc.

The team has proposed to support NASA in the delivery of small rovers and instruments to meet lunar science and exploration needs, advance development of lunar landers for human missions and conduct more research on the moon’s surface ahead of a human return.

Privately held General Atomics is based in La Jolla.