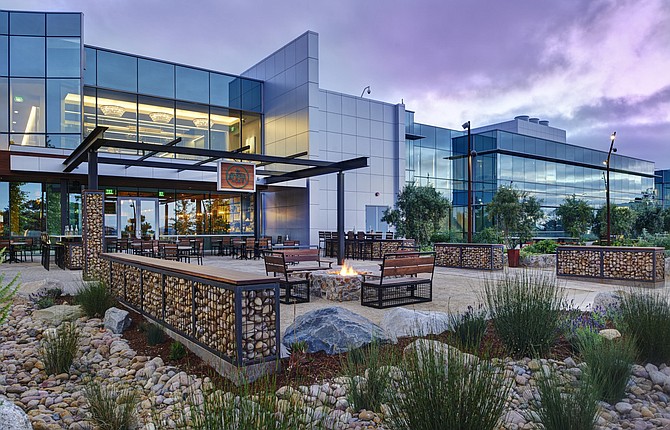 E-commerce giant Amazon Inc. really likes San Diego, recently adding to its already growing presence by leasing more than 100,000 square feet of office space at University Towne Center. However, it remains to be seen whether it likes the city enough to establish a second major headquarters hub – aka HQ2 -- outside of its Seattle home base.

A spokesman for property owner Alexandria Real Estate Equities Inc. confirmed via email that Amazon has leased nearly 107,000 square feet at 10300 Campus Point Drive, within Alexandria’s Campus Pointe office property. However, he said he could provide no further details, due to confidentiality agreements.

Amazon’s leasing of the UTC space was first reported Sept. 14 by the San Diego Union-Tribune, which said the space has room for more than 500 employees.

Amazon has not responded to a request for comment from the San Diego Business Journal, regarding its plans for the space. Amazon is among several large tech firms with regional operations in San Diego County, including Google, GoPro Inc. and Intuit Inc.

As previously reported by the Business Journal, Amazon currently operates four fulfillment centers in the local region – in Carlsbad, Rancho Bernardo, Point Loma and National City. It also has game development operations in Rancho Bernardo, a software development office in Solana Beach, a retail store at the Westfield UTC mall, and a full-service locker location with related shipping services at the UC San Diego campus bookstore.

Since 2014, Amazon has also been ramping up its local services geared to home deliveries of fresh foods, including groceries and restaurant items.

With those existing ties in mind, local economic development officials will likely be among many nationwide making their case for Amazon to put its planned $5 billion HQ2 campus – expected to span up to 8 million square feet over time while employing 50,000 -- in their communities. Amazon announced earlier this month it is accepting requests for proposals through Oct. 19, and expects to announce the winning site sometime in 2018.

In the local market, observers have noted, available land of that size is located primarily in areas of North County and South County. Putting HQ2 somewhere in built-out Central San Diego – an industrial market such as Sorrento Mesa, Miramar or Kearny Mesa – would likely involve acquiring and tearing down some older buildings.