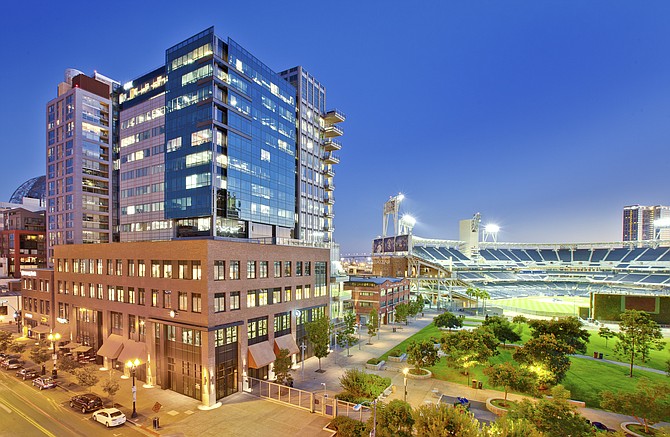 The seller of the 15-story tower, built in 2007 at 350 10th Avenue near Petco Park, was a partnership that includes Del Mar-based Cruzan and insurance company Cigna. The pair acquired the multitenant, 305,255-square-foot tower for $121 million in 2012, from its original developer Cisterra Development of San Diego.

This is the third big downtown tower deal to close in a span of less than two weeks, following the $57.7 million purchase of Five Thirty B by San Francisco-based Swift Real Estate Partners; and the $109.5 million purchase of the nearby tower at 600 B St., by New York-based Rockwood Capital LLC.

Local observers have said the buildings, all placed on the market earlier this year, were likely to fetch strong offers due to factors including dropping office vacancy rates and rising rents in the downtown market, and the lack of major new construction in that area.