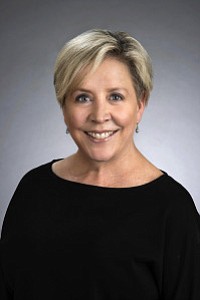 Laura Farmer Sherman, president and CEO of Susan G. Komen San Diego, plans to retire at the end of 2017, the organization announced Tuesday.

Farmer Sherman began volunteering at Komen San Diego in 2004, one year after she was diagnosed with a form of breast cancer doctors told her would be terminal within six months; instead, she defied the odds by entering more than a decade of remission.

In 2007, she joined Komen San Diego as director of community relations and grants. She was named president and CEO in 2009.

Irene Oberbauer, chairwoman of the organization’s board of directors, said replacing Farmer Sherman “will not be an easy feat.”

The organization, which has begun a nationwide recruitment, aims to have a new CEO in place by Sept. 1 to ensure a smooth transition ahead of Farmer Sherman’s last day, Dec. 31.

“My passion for the mission will continue until my last breath,” Farmer Sherman said in a statement. “My proudest accomplishments have been bringing a variety of community partners together to help fund life-saving research as well as help the women and men in our county who rely on Komen San Diego’s free breast cancer services and support for every step of their breast cancer journey.”

Since its inception in 1995, Komen San Diego has granted more than $18 million to fund breast cancer research and to local nonprofits that support breast health and those with breast cancer, according to the organization.