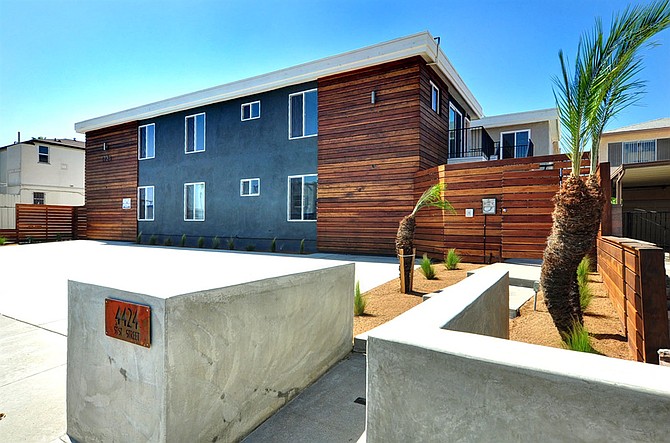 Two San Diego apartment properties recently got new owners in separate deals, including an 11-unit complex in the city’s Talmadge neighborhood that sold for approximately $2.93 million.

In the city’s Hillcrest neighborhood, Jasper and Jeanette Sciuto Trust of San Diego purchased a six-unit apartment complex from San Diego’s Demich Trust, for approximately $2.52 million. The property at 4030 and 4032 Georgia St. was originally built in 1990 and expanded in 2005.