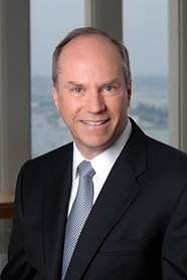 Sempra Energy announced a string of executive changes, including the upcoming departure of President Mark A. Snell, as part of a leadership development and succession process that effectively reshuffles the Fortune 500 company’s top leadership without bringing in anyone from outside its ranks.

Sempra Chairman and CEO Debra L. Reed, whose job was not listed among the changes, referred to the appointments in terms of the company’s ability to “organically develop a strong leadership team.”

“We and our board of directors spend considerable time and effort identifying talented leaders within the organization and exposing them to different aspects of our business,” she said in the release. “Today’s appointments represent another step forward in our succession planning process.”

Snell, 60, is to retire March 1, having served as president since 2011. No direct replacement was named as the company announced the creation of two corporate group presidencies at Sempra, one overseeing infrastructure businesses and another heading up utilities.

After serving as CFO at three other companies, Snell joined Sempra in 2001 as vice president of corporate planning and development. He rose in 2004 to become group president overseeing the company’s businesses outside the California utilities, and worked as Sempra’s executive vice president and CFO from 2006 to 2011.

The company’s executive vice president and CFO since 2011, Joseph A. Householder, 61, will take one of the two newly created positions, becoming corporate group president of infrastructure businesses. He will report to Reed, overseeing Sempra’s midstream, liquefied natural gas, renewable energy and Mexican operations.

Householder previously served as senior vice president, controller and chief accounting officer, and before that, was vice president of corporate tax and chief tax counsel. In addition to completing the executive program at UCLA Anderson School, he earned a bachelor’s degree in business administration at the University of Southern California and a law degree at Loyola Law School.

The other newly created position will go to Steven D. Davis, 60, who has served as Sempra’s executive vice president of external affairs and corporate strategy since last year. Reporting to Reed, he will oversee operations at Sempra’s California and South America utilities, and will become chairman of SoCalGas and SDG&E.

Davis was president and chief operating officer at SDG&E from 2014 to 2015, and before that served as Sempra’s senior vice president of external affairs. His prior positions at Sempra include vice president of investor relations and corporate communications. Before joining SDG&E as an accountant in 1980, Davis earned a bachelor’s degree in business administration at San Diego State University.

Martin has worked as the utility’s CEO since 2014 but only became its chairman and president last year. Before that, he was president and CEO of Sempra U.S. Gas & Power LLC, and its predecessor, Sempra Generation, from 2010 to 2013. The U.S. Military Academy at West Point graduate joined Sempra in 2004, after serving as corporate counsel for Tucson Electric Power Co.

The president and CEO of Sempra U.S. Gas & Power since 2014, Patricia K. Wagner, 54, will report to Reed as CEO of SoCalGas. She was hired on at the utility in 1995 and has since worked in a series of vice president positions at Sempra and the two California utilities.

Wagner previously worked in management positions at Fluor Daniel, McGaw Laboratories and Allergan Pharmaceuticals. She earned a bachelor’s degree in chemical engineering at Cal Poly Pomona and a master’s in business administration at Pepperdine University.

J. Bret Lane, 57, SoCalGas COO since 2014, was appointed president of the utility, effective immediately. He has served in various vice president positions at both of Sempra’s California utilities since 2005. The Oklahoma State University petroleum engineering graduate joined SoCalGas in 1982 in its transmission and storage operations group.

Scott D. Drury, 51, will become SDG&E’s president, reporting to Davis. He will leave his current position as its chief energy supply officer, a position he has worked in since last year. Drury worked as the utility’s vice president of human resources, diversity and inclusion from 2011 to 2015.

SDG&E’s chief energy delivery officer since last year, Caroline A. Winn, 53, will become its chief operating officer, reporting to Drury. She joined the utility in 1986 as an associate engineer and rose to become vice president of customer services in 2010.