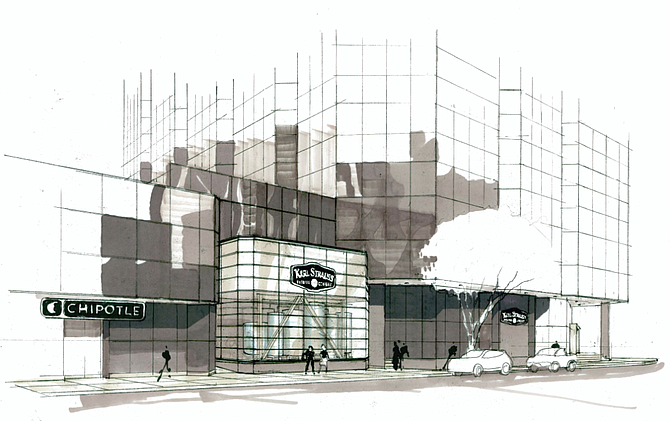 San Diego’s Karl Strauss Brewing Co. plans a Nov. 14 opening for its satellite brewery and brewpub in downtown Los Angeles, which will be the company’s 11th Southern California location.

A company statement said the 12,632-square-foot location, at 600 Wilshire Blvd., will employ more than 140. The brewpub will have 359 seats, a tasting-room-style bar area with 24 taps, and a seven-barrel brewhouse that will allow for 35 or more small-batch beer releases annually.

Company leaders said the satellite brewery will serve as a research-and-development facility “where brewers are given the freedom to experiment” with new beer styles. Brewmaster Matt Johnson said small-batch brews from its satellite locations often take home medals at beer competitions, and are occasionally added to the brewer’s core lineup for year-round production.

The Los Angeles opening will follow Karl Strauss’ recent debut of a new satellite brewery and brewpub in Anaheim. The brewer’s long-term plans include a previously announced new brewing facility with on-site restaurant and brewpub in Santee, which will be its first East County location.

Founded in 1989 by CEO Chris Cramer and President Matt Rattner, Karl Strauss Brewing Co. is headquartered in Pacific Beach. It is the fourth-largest of more than 100 craft brewers based in San Diego County, and the 46th largest in the U.S.

The California-focused brewer currently employs a total of 720 and posted revenue of approximately $50 million in 2015.