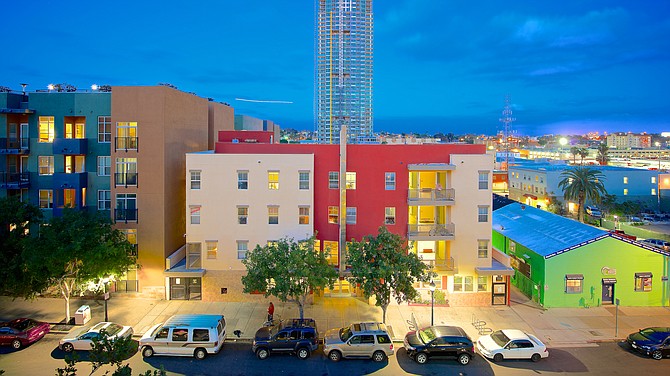 The seller of the building, at 434-435 Thirteenth St., was the San Diego Housing Commission, represented by CBRE’s Jim Neil, Eric Comer and Merrick Matricardi. The buyer represented itself.

Brokers said Fowler plans to reuse the existing building shell and will reconfigure interiors into market-rate apartments. “This was a complex adaptive re-use opportunity and entitlement challenge,” Neil said in a CBRE statement. “Hotel Metro was an opportunity to deliver a new residential development in a short time frame.”

Hotel Metro was formerly a 195-unit single-room-occupancy development for low-income residents, built in 1990 on land owned by the housing commission. It has been unoccupied since November 2015.

Commission officials said most of the formerly homeless and low-income San Diegans who lived at Hotel Metro were relocated into the nearby new 201-unit Alpha Square Apartments, a housing commission partnership development that opened in December.