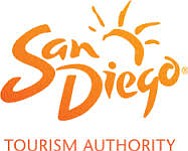 The San Diego Tourism Authority is launching a $10 million multimedia campaign for the spring and summer seasons, targeting several major cities in the U.S., United Kingdom and Canada.

There will be digital billboards promoting the San Diego market in Los Angeles and Phoenix. As in past years, the tourism agency is also partnering with Brand USA, the organization that markets the United States as a visitor destination, to run digital programs in Canada and the U.K.

“During the next several months, we will be promoting the destination extensively through multiple platforms to attract visitors to our region, in turn maximizing tax revenue for local governments,” said Tourism Authority President and CEO Joe Terzi.