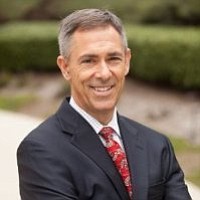 The Chairmen’s RoundTable, a San Diego nonprofit organization that provides pro-bono mentoring to CEOs of private businesses in the region, announced that it has elected Paul Thiel as its chairman.

Thiel succeeds Richard Earnest, who will remain on the board as chairman emeritus, according to the organization.

Thiel is currently the regional managing director for BNY Mellon. He joined CRT after serving as CEO of TruCost Inc., a Sorrento Valley-based information services provider in the hospitality industry, and two media companies in Orange County, McClain Publishing Co. and Freedom Interactive Inc., according to the group.

“Paul joined the CRT in 2011 and has been an active member since day one,” said Earnest. “He has served on our board to help guide and build our organization as well as taken on multiple mentoring assignments. Paul is passionate about the CRT’s mission to strengthen San Diego one company at a time. I am so pleased to hand over the reins to such a dedicated member of our team.”