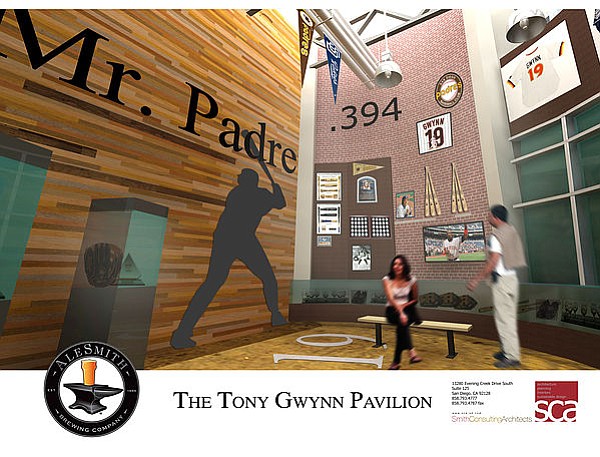 The 5,000-square-foot Tony Gwynn Museum, with more than 300 pieces of rare memorabilia spanning Gwynn’s career of more than 20 years in baseball, will be housed in the tasting room facilities of AleSmith Brewing Co., at 9990 AleSmith Court.

An AleSmith spokesman said the opening will take place in early to mid-July, coinciding with Major League Baseball’s All-Star Game, taking place this year on July 12 at Petco Park in downtown San Diego.

The Miramar museum will include memorabilia spanning Gwynn’s playing days in Little League through his Major League Baseball career, as well as his playing and coaching tenures at San Diego State University, according to an AleSmith statement.

AleSmith owners Peter and Vicky Zien have donated the space for the museum, and the non-profit Tony and Alicia Gwynn (TAG) Foundation has launched a multi-tiered fundraising program to cover construction and development costs. It includes upcoming community events and a fund-raising campaign on the new non-profit platform of Indiegogo, called Generosity.com.

The Ziens met Gwynn and his wife Alicia in 2014, during collaboration on a special beer called San Diego Pale Ale .394, brewed to Gwynn’s specifications. The name is a reference to Gwynn’s career-high .394 batting average, attained in the strike-shortened 1994 MLB season.

The Poway-based TAG Foundation was founded by the Gwynns in 1995 to assist programs geared to children’s health, education and housing.