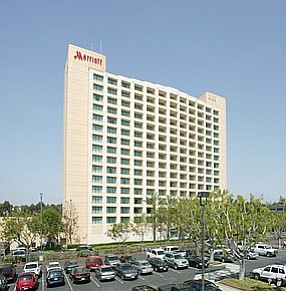 San Diego County’s hotel property transaction volume declined 38 percent from a year ago in the first half of 2016, with the dollar volume down 65 percent, according to a recent mid-year report by brokerage and consulting firm Atlas Hospitality Group.

The local region’s most expensive hotel transaction of the first half was the $80.5 million deal for the 284-room San Diego Marriott Del Mar in University Towne Center, acquired by New York-based Carey Watermark Investors 2 Inc.

The largest local hotel sold during the first half was the 350-room Marriott San Diego Mission Valley, purchased by an affiliate of Connecticut-based Wheelock Street Capital LLC for $76 million.

Atlas President Alan Reay said California as a whole saw the number of hotels sold decline from the record pace seen last year, as the company predicted at the end of 2015. Year-to-date, statewide hotel property dollar sales volume is down more than 56 percent, at $1.94 billion; with the number of transactions down 17 percent, at 144 as of June 30.

“Buyer attitudes so far this year can be summarized as ‘cautious,’ ” the Atlas report said. “There are concerns that values have peaked, and buyers are watching the big increase in new hotel room inventory being added and how it may affect the long-term outlook.”

The report said California hotels so far in 2016 continue to enjoy “very robust” increases in revenue per available room.