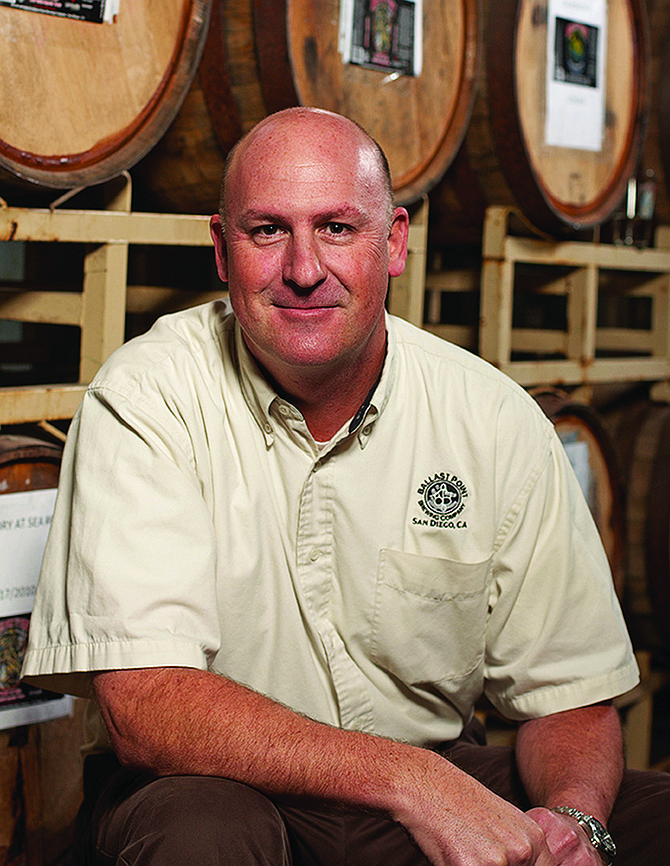 The industry website Brewbound reported July 29 that the departures apparently stemmed from disagreements with Ballast Point’s parent company, New York-based Constellation Brands, related to the status of Ballast Point’s spirits operations, which were not part of Constellation’s $1 billion acquisition of the San Diego brewer last year.

Brewbound reported July 27 that Ballast Point President and CEO Buechler, along with chief commercial officer Earl Kight, had left the company. A statement from Constellation spokesman Michael McGrew said the two left to “pursue other interests within the beverage alcohol space.”

Two days later, the website reported that founder White and COO Cherney, who co-founded the brewer’s spirits division and was its head brewer and distiller, had also officially departed.

In an email sent to Ballast Point employees July 29, obtained by Brewbound, White said he will be working with Cherney to take the company’s spirits brands to “a new home we are calling Cutwater Spirits.”

“We are excited to continue keeping our creative juices flowing,” said White, who founded Ballast Point in 1996.

According to Brewbound, as part of the acquisition announced last November, Constellation relinquished rights to certain Ballast Point spirits labels, such as Old Grove Gin and Fugu Vodka, but retained the right to market other distilled products under the “Ballast Point Brewing & Spirits” name. At the time of the sale, White and Cherney said they planned to create and co-own a new distillery using existing Ballast Point distillery equipment and individual new labels.

Constellation granted White and Cherney a “transition period” to launch the new spirits company, but the project became “the main source of conflict,” Brewbound reported, citing comments from Constellation’s McGrew. It was not clear whether White and Cherney left voluntarily or were forced out.

“What started as just Jack and Yuseff at Home Brew Mart has become an amazing team of 700+ across six breweries, all of which was built on their desire to make great beer and spirits we love to drink and share with others.

“This is a new chapter, but the adventurous spirit, the passion for the craft, and the drive to work hard and have fun is something that is shared among all of us in the Ballast Point family. In our Miramar brewery is a quote, ‘The future is in the hands of those who explore.’ We’re focused on the future, and with that, our continued exploration.”