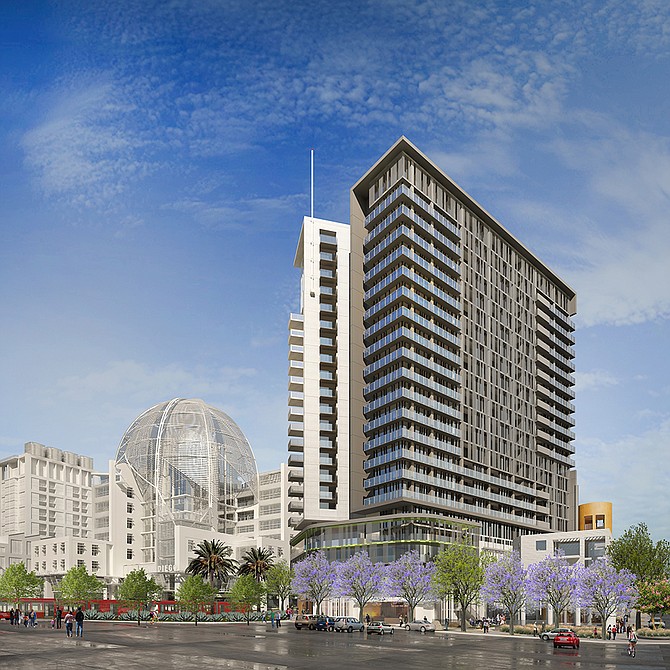 Developer The Richman Group has obtained joint-venture equity financing for a previously announced 221-unit apartment tower planned for East Village, according to HFF, which arranged the financing.

An exact figure was not disclosed for the financing arranged through a venture between Richman Group and American Realty Advisors, which will contribute equity for the project. Richman Group in July 2015 obtained city approvals for the $100 million mixed-use project, called 330 Thirteenth.

Located within an area of East Village known as the Ballpark District, the 23-story tower will also include approximately 7,500 square feet of ground-floor retail. According to the city, the project is located near the San Diego Central Library and is set to occupy most of the block bounded by Park Boulevard, 13th, J and K streets.

Set for completion in 2018, the project is being designed by Los Angeles-based DesignARC and San Diego-based Rob Wellington Quigley. The HFF equity placement team was led by Aldon Cole, Tim Wright and Hunter Combs.