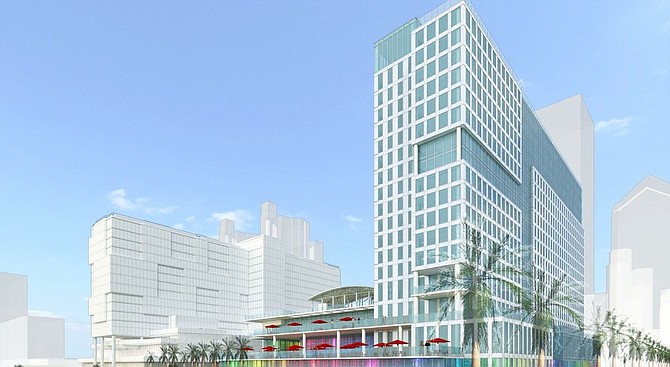 Port district commissioners have approved a lease for a planned 400-room luxury InterContinental Hotel, to be developed on the southern portion of the former Lane Field ballpark site in downtown San Diego.

The Unified Port of San Diego’s executive board recently voted 5-1 to approve the 66-year lease calling for developers to pay the port district an annual rent based on an escalating percentage of hotel revenue, with the annual payment projected to reach approximately $2.43 million by the 15th year of the lease.

The project is being developed by a team known as LPP Lane Field LLC, which has a dual-branded Marriott hotel under construction on the northern portion of the former ballpark site. A port staff report said the InterContinental project, with a development cost of approximately $200 million, is planned for a site at Pacific Highway and Broadway.

Developers are in final negotiations with InterContinental Hotels Group (IHG) to manage and brand the hotel as an InterContinental, the hotel company’s signature high-end luxury brand. Construction is expected to begin in the first half 2016.

The development team includes locally based Lankford & Associates, led by Rob Lankford, in partnership with Portman Holdings and Hensel Phelps Construction. The location is the former site of a minor league ballpark that once hosted games of a forerunner to today’s San Diego Padres.