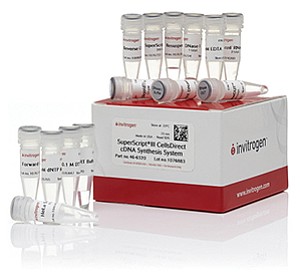 Companies go public for a variety of reasons, the most obvious of which is the need for additional capital. The life science sector is no exception, but it is a little unusual in that many companies filing for an IPO are asking shareholders to gamble on a fledgling company with no products or revenue.

Drug discovery and development is expensive, and companies need capital to move their products through clinical trials. A recent report published by the Tufts Center for the Study of Drug Development pegged the cost of developing a prescription drug that gains market approval at $2.6 billion. It’s unlikely for that kind of cash to come from government grants. Rather, these firms often exhaust funding from venture capital and angel investors and turn to the IPO process as an additional avenue of fundraising, said David Diamond, a CPA and business consultant at Mayer Hoffman McCann P.C. specializing in the life science industry.

An estimated 90 percent of the drugs being developed by life sciences firms fail to reach approval, according to the Food and Drug Administration.

And yet the life sciences are hot on the public markets, with pharmaceuticals being viewed as just as sexy an investment risk as emerging social media and mobile apps.

Biotech celebrities such as Gilead Biosciences Inc. whetted the appetite of investors nationwide after the company’s stock skyrocketed more than 400 percent over the last three years and its two lead products raked in tens of billions in sales.

‘Growth Sector of the Decade’

“The biotech sector has been the highest and hottest sector in the entire market this year, and last year was unbelievable,” said financial analyst Bill Gunderson, president and CEO of wealth management firm Gunderson Capital Management Inc. “It’s the growth sector of the decade.”

Of the 12 local companies that went public since Jan. 1, 2014, 11 of them are life science firms. San Diego is a small biotech hub, so it makes sense for the majority of initial public offerings (IPOs) to be in this sector; but the national statistics are just as impressive.

There were 102 health care IPOs in the United States alone in 2014, according to Renaissance Capital, a global IPO investment adviser. Of those companies, a record 71 biotech companies went public, raising more than $5.2 billion.

Taking Out the Competition

Successful firms don’t just need additional capital to fuel clinical research. Diamond, of Mayer Hoffman McCann, said the smart ones will acquire ancillary businesses that complement or build on the company’s original offering. Not only does this boost the purchasing company’s value, it also takes out any competition along the way.

“Look at a company like Invitrogen (Life Technologies) in the early days,” Diamond said. “Their history was all acquisitions, and when they went public they went on an acquisition spree.”

Apparently, the strategy worked. In 2014, Life Technologies was purchased by Thermo Fisher Scientific for $13.6 billion in one of the region’s largest life science acquisitions.

Getting purchased, most times, is the end goal for life science firms, Diamond said.

“After they go public, the main game is to be bought out by big pharma,” he said. “It’s what they all want.”

Going public can help with that goal. Once a company is public, everyone can see the company’s worth. This alleviates concerns about risk in an industry that’s mostly conceptual until a product gets approved by the FDA.

This was the case for many San Diego-based firms, including Amylin Pharmaceuticals Inc., which in 2013 was purchased by AstraZeneca Plc for $2.7 billion with up to $1.4 billion extra in regulatory, launch and sales-related payments.

Going public can also provide a way for venture capitalists and founders to cash in on their investments.

“It sets the stage to some extent for venture people to get liquidity and sell or distribute their stock in the company,” said Brian Dovey, partner at Domain Associates LLC, which specializes in life science funds. “It can be a good exit strategy, but obviously you have to be careful and selective. You have to have a good management team and a solid product line. If you don’t, you’d have been better off selling the company.”

A Failure Can Be Very Public

Going public is not all fame and fortune. If a firm lacks good management or solid science, the world will watch as it tanks.

“If your drug doesn’t work, people will know it a lot quicker than if you’re private,” Diamond said. “If you’re still private, you can try to sell the company or do whatever you want quietly. But when the stock crashes, it’s a very different scenario. The company’s name is tarnished, and it’s very difficult to get the stock back up again.”

In addition to suffering a very public failure, going public when the company is not ready can drain a firm’s coffers.

“The risk is you spend a lot of time with banks, attorneys, accountants, your public relations firm…You invest time and money, and nothing happens,” Diamond said. “All the money is gone, and you’re stuck with the cost of going public.”

“In prior years, when the biotech IPOs were strong, a lot of people didn’t know much about biotech and what these companies could do,” Dovey said. “As a result, a lot of companies were going public that shouldn’t have. They had unproven technology that sounded good on paper, or they only had one product instead of a whole pipeline. What causes a bubble to burst is when too much of this happens. The market is more selective now, and that’s healthy.”