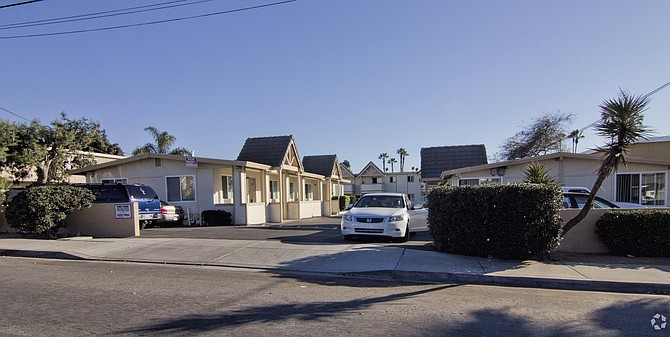 An affiliate of Mar Group of Del Mar has purchased a 43-unit Imperial Beach apartment complex for approximately $6.8 million, according to CoStar Group and public data.

The seller of the property was Rodney A. Johnson of San Diego. Mark Morgan of brokerage company Apartment Consultants Inc. (ACI) represented the buyer, and ACI’s Dave Savage represented the seller.

In its own statement, ACI said the complex, called Grove Meadows, was fully occupied at the time of the transaction and was not officially listed for sale. The buying entity was recorded as IB Villas II LLC and is led by San Diego-based developer and income property investor Juan-Pablo Mariscal.