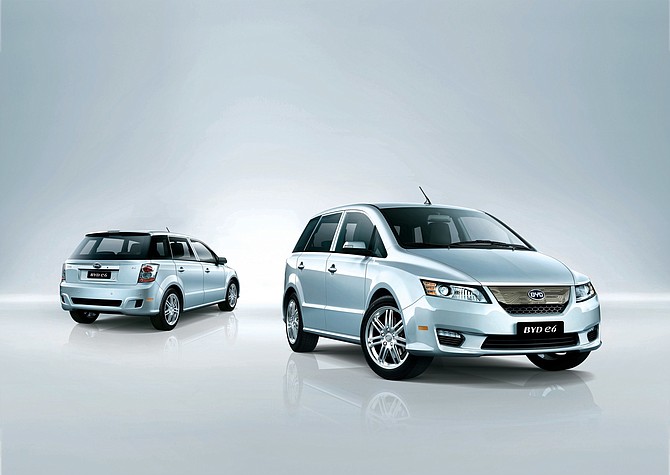 Opoli Technologies, a transportation app company in the rideshare industry in Southern California, announced a new partnership with BYD Motors Inc. to reduce traffic congestion and emissions in San Diego.

According to a recent news release, BYD will provide 50 zero-emissions e6 EVs to the Opoli fleet as part of a green initiative.

The all-electric crossover SUV from BYD will join Opoli's natural gas airport shuttles late summer 2015 in efforts to decrease emissions. Opoli has been allotted charging spaces at the docking station at the San Diego International Airport. The e6 is ideal for drivers and fleet operators as its range exceeds 180 miles on a full charge.

Opoli in San Diego will join other U.S. cities such as New York, San Francisco and Chicago, to use the battery-electric crossover SUV in taxi and municipal fleets.

This partnership comes weeks after Hawthorne-based Opoli launched services in the San Diego area, including being the first rideshare service permitted at the San Diego International Airport. Opoli functions under a name-your-price model, connecting drivers and ride seekers to agree upon a fare, with 100 percent of the fare going to the driver's account. Rides can be booked in advance or on demand via the Opoli app, available for iOS and Android.